At least 13 people are believed to be dead, including several children, after a fire engulfed a row house in Philadelphia overnight, sources told Fox 29.

In a house fire, the people inside have just minutes to escape — and their lives can often be saved from properly installed and maintained smoke alarms throughout the home.

The National Fire Protection Association, a U.S. nonprofit sharing fire safety and information on other related hazards, calls smoke alarms the "key part" of a family’s escape plan in such an event. But a 2021 report by the organization found that detectors were present in only 74% of reported home fires between 2014 and 2018.

The report also found that nearly three out of five home fire deaths were caused by flames in properties with no smoke alarms (41%) or smoke alarms that failed to operate (16%). Power source issues were found to be the most common reason for the alarms not operating properly.

When present, hardwired smoke alarms with a battery backup operated in 94% of the fires considered large enough to trigger one, while battery-powered alarms operated 82% of the time, the NFPA report found. 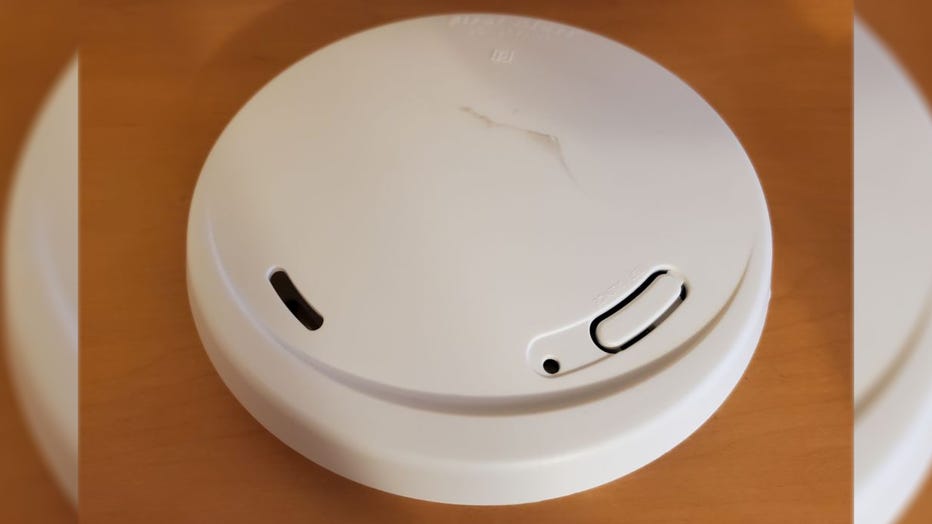 The risk of dying in reported home fires was found to be 55% lower in homes with working smoke alarms, compared to homes with no alarms or none that worked, according to the NFPA’s report.

In Philadelphia, a three-story home caught fire on Jan. 5, killing 13 people — including seven children. The row house, which had been converted into a duplex, was equipped with four smoke detectors, but fire officials said none of them were operational.

How many smoke alarms do I need?

Smoke present in one room may not reach a detector in another area of the house. Furthermore, a door that is closed may slow the spread of smoke, heat and flames.

As a result, the NFPA recommends having at least one smoke alarm on every level of the home — including basements — as well as in every bedroom, and outside of each sleeping area. Larger homes may need extra detectors.

"It is best to use interconnected smoke alarms. When one smoke alarm sounds, they all sound," the NFPA says.

Where to install smoke alarms in the home

In general, smoke alarms should be mounted high on walls or ceilings because smoke rises. Wall-mounted alarms should be installed not more than 12 inches away from the ceiling, the NFPA recommends.

For those with pitched ceilings, install the alarm within 3 feet of the peak, but not within the apex of the peak — or 4 inches down from the peak.

Smoke alarms installed in the basement should be installed on the ceiling at the bottom of the stairs leading to the next level, according to the NFPA.

On levels of the home without bedrooms, install alarms in the living room or near the stairway to the upper level — or in both locations.

To minimize false alarms when cooking, install detectors at least 10 feet from a cooking appliance.

NFPA says smoke alarms should not be installed near windows, doors or ducts where drafts might interfere with their operation.

People who are hard-of-hearing or deaf can use special alarms, which often have strobe lights and bed shakers.

How to often to test smoke alarms

Smoke alarms should be tested at least once a month using the test button. They should be maintained according to the manufacturer’s instructions.

Daylight Saving Time is often recommended as a good time to test smoke alarms and change batteries if needed.

When replacing a battery, the NFPA says individuals should follow the manufacturer’s list of batteries on the back of the alarm or manufacturer’s instructions.

"Manufacturer’s instructions are specific to the batteries (brand and model) that must be used. The smoke alarm may not work properly if a different kind of battery is used," the organization says on its website.

Smoke alarms with non-replaceable 10-year batteries are designed to remain effective for up to 10 years, the NFPA says. If the alarm chirps, replace the entire smoke alarm right away.

Why do smoke alarms chirp intermittently?

If a smoke alarm in the home is chirping or beeping randomly, it could be for several reasons, according to Kidde, a manufacturer of fire safety products.

First, the battery in the smoke alarm could be low and needs to be replaced immediately. The battery could also be loose or improperly installed.

Other environmental conditions could be causing the alarm’s random chirping, such as humidity, steam or excess airflow from a cooling or heating register, ceiling fan or open window, Kidde says.

Age may also be a factor if it continues to randomly beep and the various suggestions don’t solve the problem.

Choosing smoke alarms for the home

There are two types of smoke alarms: Ionization and photoelectric sensing alarms.

Ionization sensing alarms may detect invisible fire particles associated with fast flaming fires sooner than photoelectric alarms, which may be quicker at detecting slower, smoldering fires, according to Kidde.

Officials recommend installing both types of technologies in the home for optimal protection.

In general, interconnected smoke alarms offer the most safety.

"When one smoke alarm sounds, they all sound. Interconnection can be done using hard-wiring or wireless technology," the NFPA says.