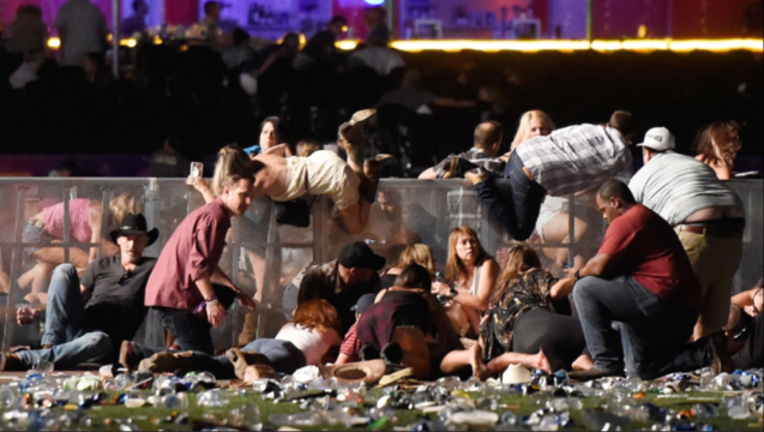 LAS VEGAS, NV (FOX 11) - The Las Vegas Police Department and local officials are providing information for those wishing to help the hundreds of injured victims of the mass shooting there.

A gunman opened fire on an outdoor country music festival Sunday night, killing at least 50 people and injuring at least 400, officials say. It was the deadliest mass shooting in modern U.S. history.

Police also pointed people to the Labor Health and Welfare Clinic at 7135 W. Sahara as an additional place to donate blood.

Another blood drive will be held at UMC’s Delta Point Building located at 901 N. Rancho Lane.

And people are already coming out by the hundreds to donate blood. People have been sharing photos and video on social media of the long lines at Las Vegas-area blood banks.

People who are not in the Las Vegas area can consider donating to the Southern Nevada chapter of the American Red Cross which accepts donations on its website or by phone.

Additionally, Clark County Commission Chair from Las Vegas, Steve Sisolak, created a GoFundMe page to raise funds to assist the victim's of the shooting. According to the page, the funds will be used to "provide relief and financial support to the victims and families of the horrific Las Vegas mass shooting​."

Las Vegas police along with the Clark County Coroner’s Office have set up a hotline for family or friends to report a missing loved one connected to this shooting. The hotline is only to take reports on missing people and the number is (866) 535-5654.

LVMPD also opened a family reunification center at its headquarters at 400 S. Martin L. King Blvd. in Building B.

Police say the identification process of all of the injured and the deceased will take time, so authorities are asking the public for patience.

Meanwhile, the Federal Bureau of Investigations is asking for anyone with videos or photos concerning the shooting to call 1-800-CALLFBI or (800) 225-5324.