TAMPA, Fla. - On Tuesday, staff at the Humane Society of Tampa Bay officially had no choice but to say no to people bringing dogs to their intake office.

"For at least the last 15 years, we've never been at this point where we're having to literally turn people away," said Danielle Ho, the director of shelter operations for the Humane Society of Tampa Bay."It's a tough conversation to have."

They're recommending people bring them to other shelters or hang on to them for just a little while longer until they have room. After Hurricane Ian, their dog kennels ended up over capacity for a number of reasons.

"We were closed for two days," Ho added. "So, after that, of course, we did see our intakes going up after the storm. Animals that got displaced because of the storm...We usually will house around 350 animals' total. Right now, we're about 450." 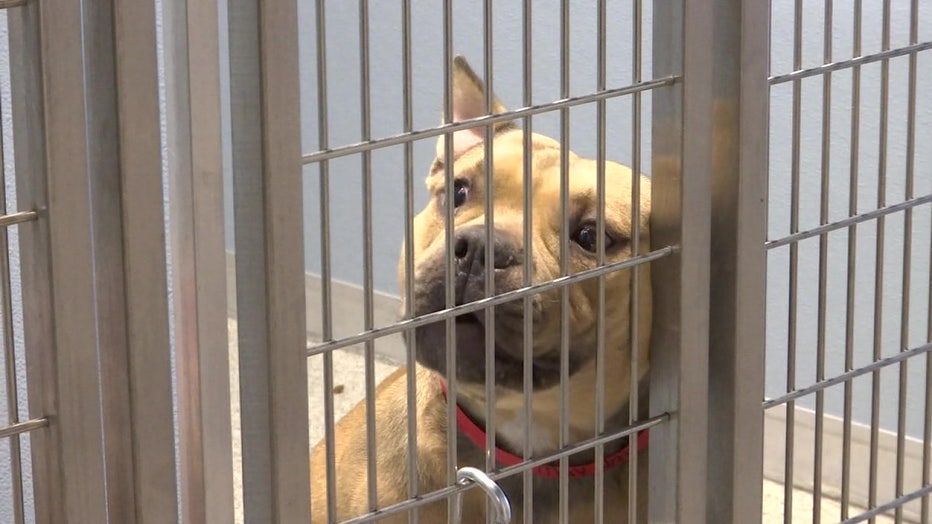 One of those intakes involved Humane Society volunteers rushing down to Bowling Green Animal Control in Hardee county to get six dogs and 14 cats after Ian's wrath caused flooding in their shelter.

"We feel so fortunate here that our shelter made it through the storm, so we really felt like we needed to help that shelter out and that's what we did," Ho said.

Larger dogs are typically the hardest to place, so to help make room, from now until Friday, October 7, all dogs that weigh 30 pounds or more will have their adoption fee waived.

It's already made people like Tommy Carbone walk out with a new best friend. 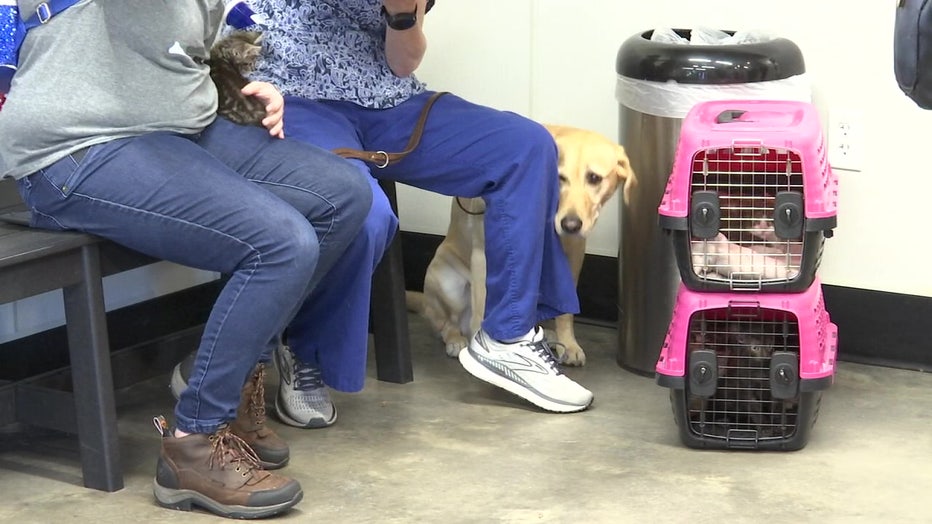 "I think it's a great thing to do," Carbone said before walking out with his new dog named Mason. "The most important thing is to find the animals' homes, so I'll just put that money into him and spoil him rotten."

You can also help by participating in their foster program, which gives puppies and kittens a break from the shelter while they find their forever home.

The dogs from Hardee County were not microchipped or claimed by owners. They came in as strays and are good to go for adoption.