Tropical Storm Delta formed south of Jamaica on Monday morning, making it the 25th named storm of the 2020 Atlantic hurricane season. As the storm approached the warm waters of the Gulf of Mexico, it gained strength.

By 8 p.m., the storm's winds increased to 75 miles per hour, according to the National Hurricane Center, which said additional strengthening is likely.

Hurricane Delta was located about 150 miles south-southwest of Negril, Jamaica and was moving west-northwest at about 8 miles per hour.

Hurricane Delta is expected to pass near or over western Cuba late Tuesday to early Wednesday.

"The computer models for that bring it right up through the middle of the Gulf and all the way into southeastern Louisiana and maybe Mississippi," explained FOX 13's meteorologist Dave Osterberg. "This is the one the northern Gulf coast has to look out for." 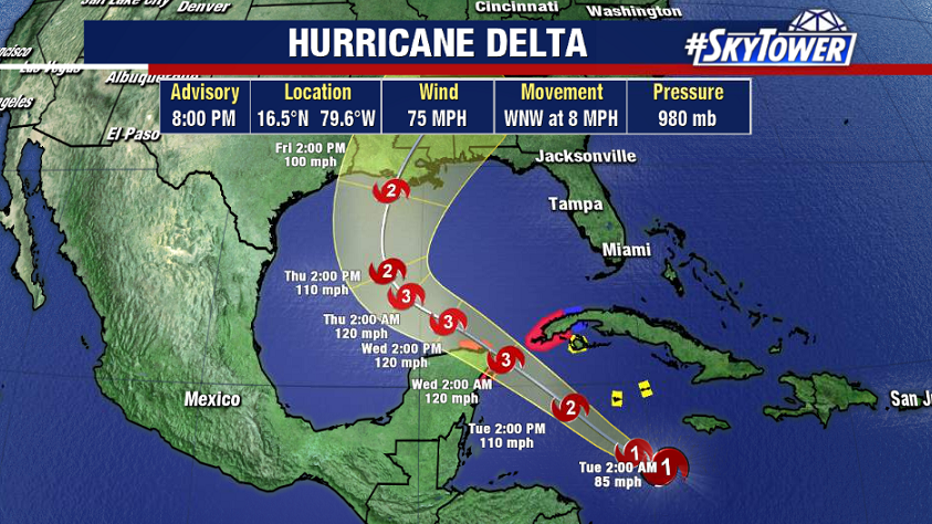 Osterberg said the storm could travel through the middle of the Gulf, where there are warm water temperatures as well.

"Even though it's October, folks, we still have some warm temperatures out there easily can see a Category 2 storm making landfall…late this weekend," he said. "It does put us on the eastern side and it will just continue to throw tropical moisture our way." 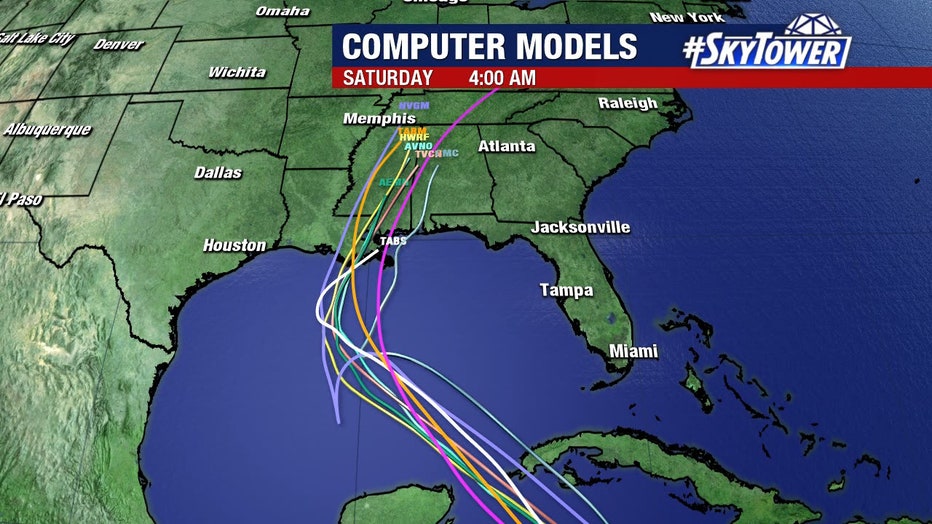 Mexico’s civil defense agency said in a statement that four of the deaths, including two children, were in Chiapas, where a landslide on a mountainous slope buried their home. The other two deaths were in Tabasco state, where one person was dragged away by the water and another drowned.

The storm came ashore Saturday near Tulum with maximum sustained winds of nearly 70 mph, according to NHC forecasters.

"Gamma is going to start to drift back to the southwest again and then maybe back near the Yucatan Peninsula over the course of literally the next 36 hours or so," Osterberg said. "Gamma is going to drift southwest start to fall apart a little bit, whereas Delta may head straight up into parts of southeastern Louisiana by the end of the week or going into the weekend itself." 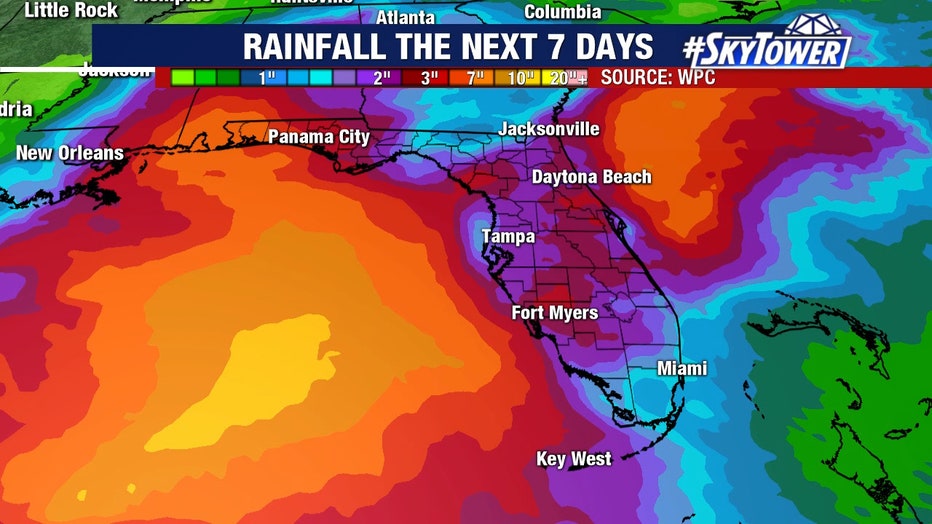 The 2020 Atlantic hurricane season has broken numerous records. In mid-September, forecasters officially ran out of traditional storm names with the formation of Wilfred. The NHC moved onto the Greek alphabet for hurricane names, which was the first use of a Greek letter for a storm since 2005. Wilfred was soon followed by Alpha and Beta.

The last named storm during the 2005 hurricane system was Zeta.