TAMPA, Fla. - Sally may have downgraded to a Category 1 hurricane, but dangerous conditions are still expected including storm surge and heavy rainfall, says the National Hurricane Center.

Tuesday morning, the Florida Panhandle was being pummeled by heavy rains from the storm's outer bands. 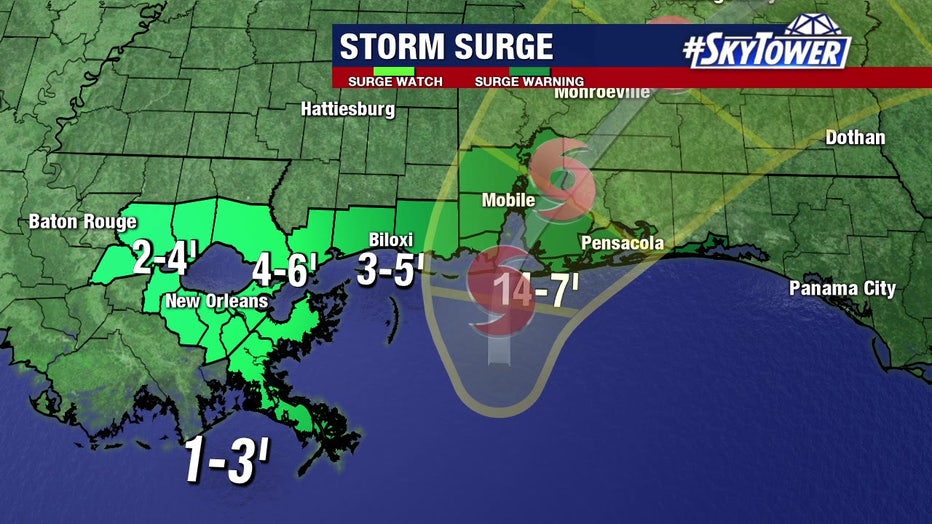 Sally had winds of 80 mph, but its 2-mph crawl towards the coast raised fears of extreme rainfall and flooding. It is expected to blow ashore near the Mississippi-Alabama state line early Wednesday. 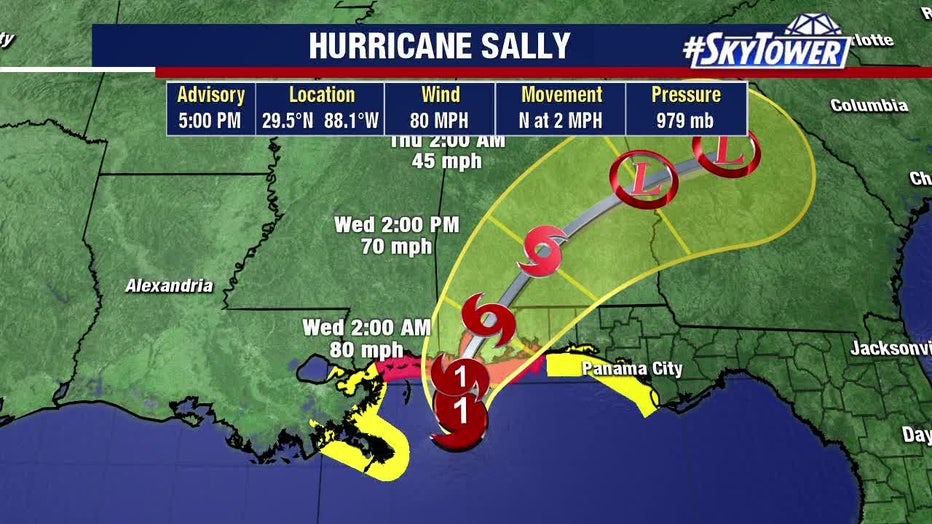 Teddy is projected to become a "powerful" hurricane later this week, but is also expected to make a turn northwest. Vicky is expected to be short-lived.

RELATED: 5 tropical cyclones brew in Atlantic at the same time, only 2nd time on record

Teddy and Vicky represent the earliest formation of the 19th and 20th named storms in a season, respectively. 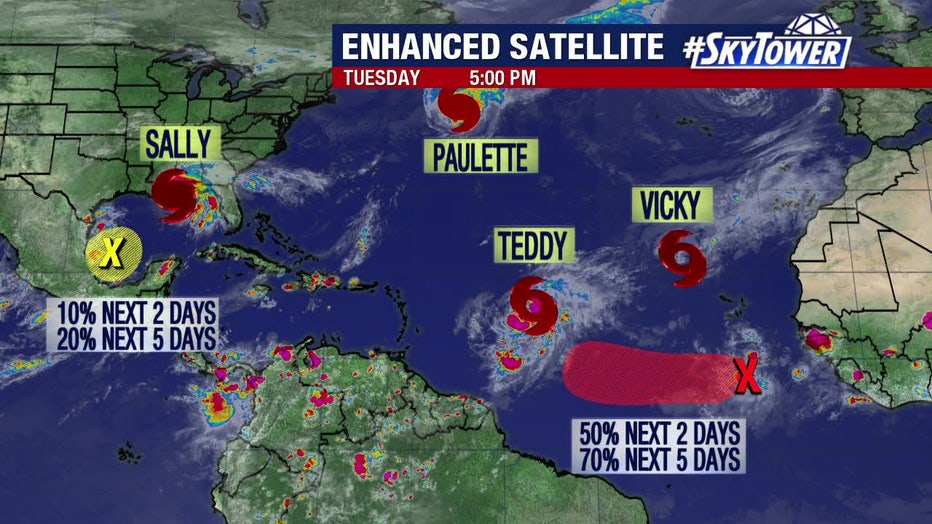 Hurricane Paulette is expected to downgrade to a tropical storm by Thursday before dissipating. It will continue to move away from the U.S.

Paulette knocked down trees and power lines across Bermuda on Monday as it made a rare landfall in the wealthy British territory.

The only name left on the Atlantic hurricane name list is "Wilfred." After that, the NHC will move on the to the Greek alphabet, which has only happened once before, in 2005. 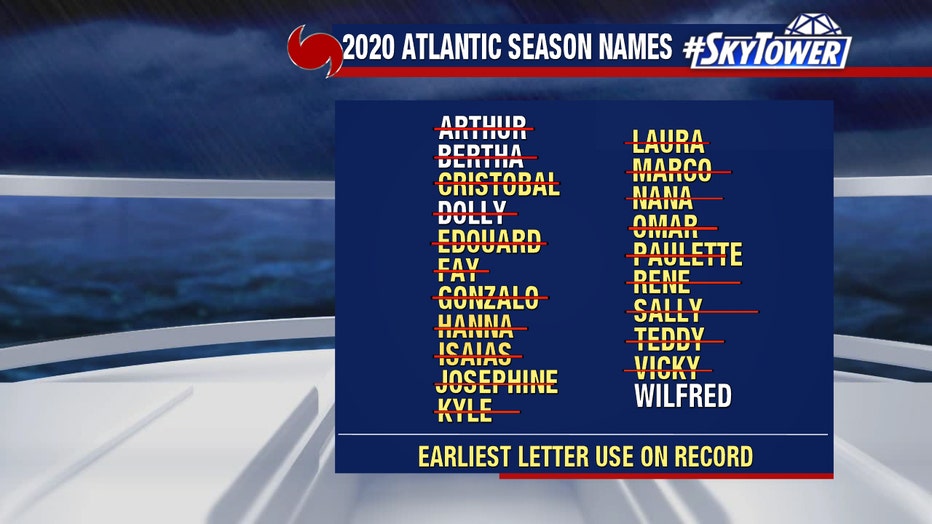 A tropical wave coming off the African coast has a 50% chance of forming within the next two days.

RELATED: What happens if we run out of hurricane names? 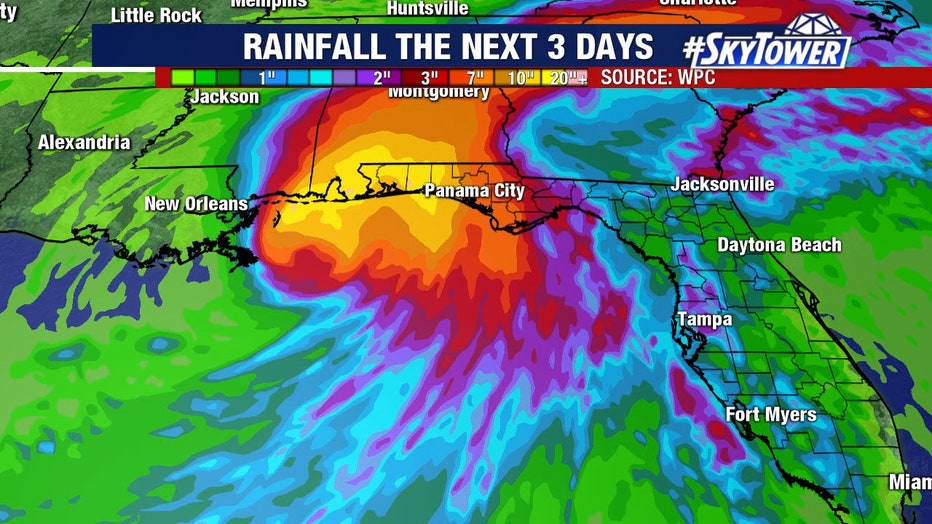 Sally remains the only threat to the U.S. as it has yet to make landfall along the Gulf coast.