VENICE, Fla. - Venice police are asking for the public’s help finding Tracey Lynn Rieker, 44, who left her home Wednesday, September 30, and hasn't been seen or heard from since.

Tracey is described as a petite 5-foot-4, 120-pound woman, and has blonde hair and brown eyes, with a heart tattooed on her ring finger.

A wife and mother of four, Tracey's disappearance weighs heavily on her loved ones.

"This is completely opposite of who Tracey is. It’s alarming," said Tracey's husband, Christian Rieker. "She was having trouble sleeping and wasn’t eating a whole lot."

Christian said he last saw his wife Sept. 30 around 3 a.m. at their home in Venice. He said when he woke up that morning, her cell phone and wallet were left behind. Tracey and her car were gone. 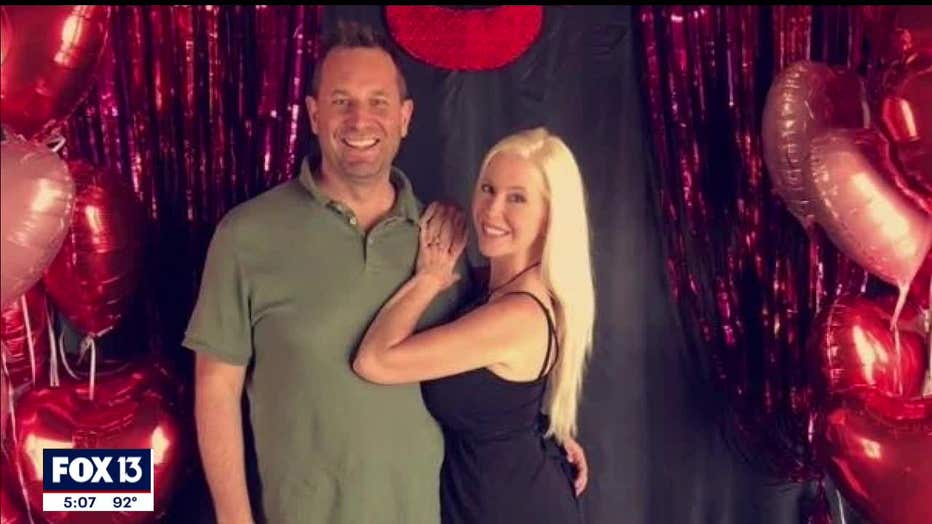 Christian said his wife had been focused on religion and talking to others about God, especially amid the pandemic.

"She was so concerned about COVID [that] she wouldn’t go anywhere, but the importance of her message has kind of freed her of that fear, I think," he said.

Christian said the day before Tracey left, she was spreading her message at Bradenton Beach.

"I really think she was just going to talk about God. I don’t know if she meant it to be an extended leave," he said.

Venice police, along with her friends and family, are searching for Tracey. A Facebook page created to help her now has more than 1,000 followers.

"I'm absolutely worried that someone would take advantage of her kindness and her free spirit and she’s just out there just trying to help people and deliver a message she thinks is more important than anything else," said Christian.

Groups of Tracey's friends and strangers are searching beaches, parks, and areas Tracey was known to visit. Christian said he just wants to find Tracey and bring her home.

"Tracey, we need you home, we just want to know you’re OK. More than anything tell us what your plan is, we will support whatever you are trying to get done. We just want to let you know we love you," he said.

Venice police say she has been frequenting area beaches to talk with people about God. They say she visited Lido Beach and Bradenton Beach on Sept. 28. She is also known to visit the North Port area.

Tracey drives a green Nissan Xterra with Florida tag PO8116. She has a heart tattoo on her ring finger.

Anyone with information on her whereabouts is asked to contact the Venice Police Department at 941-486-2444.