WESLEY CHAPEL, Fla. - Dozens of officers rushed to a home in Pasco County Monday morning. The sheriff’s office surrounded the property and ordered everyone out with their hands up.

But it turns out the residents did nothing wrong. The family fell victim to a fake 911 call known as swatting, a term derived from SWAT. Someone called, claiming a violent crime was committed, prompting a heavy response from law enforcement.

The Pasco County Sheriff’s Office said it takes every single call seriously, which means fake calls could become extremely dangerous for anyone involved.

"As soon as we stepped outside, we had four or five cops out there going, ‘hands up,’ you know, like a serious situation," said Mike Waters. 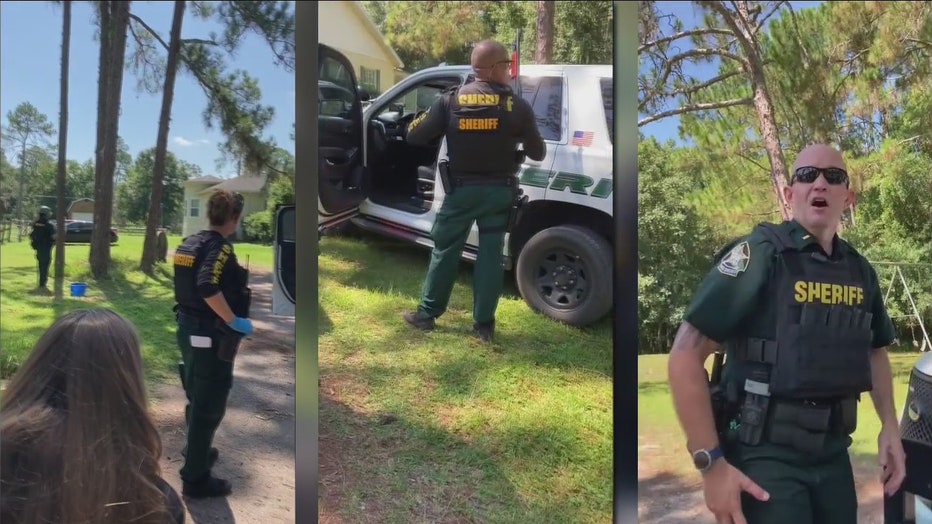 He was inside his Wesley Chapel home with his wife and daughter when deputies showed up, guns drawn.

"There was heavily armed officers with rifles all around here," Waters said.

The family was ordered out of the house, but their six dogs were still inside. Waters said the entire family was worried something could happen to the canines during the stressful and serious incident. 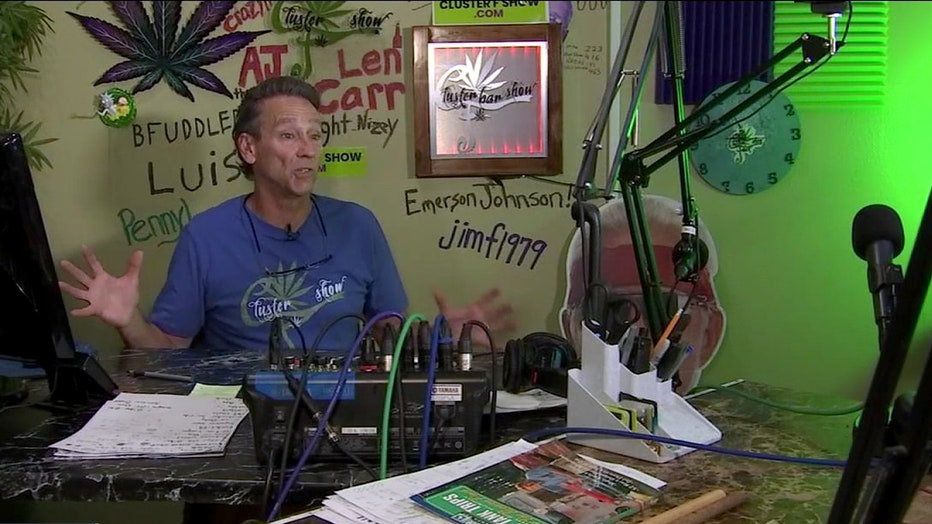 Pasco swatting victim thanks deputies for professionalism after fake 911 call

"Somebody called in and said I killed my wife. So somebody knew my name, they knew my address," he said.

Three officers went inside to investigate the call. The house was cleared, and the pups were fine.

"Our 911 call that came in was that the family was shot, OK? That the husband shot the wife," an officer can be heard saying in the video. "And so we have to take those very seriously. I know it scared you. I don't want to scare you. And we had to make sure we cleared the house and there's no threat."

Someone made the whole thing up.

"It was definitely nerve-wracking," said Waters, a former radio DJ who now hosts an online show.

For the last three-years, he and his family have streamed a daily show on Twitch, and they have a podcast. Monday, they were just wrapping up when the deputies surrounded the house.

Many other streamers have been targeted by similar hoax calls. The reasons vary, including callers who just get a thrill out of seeing cops burst into a room while the victim is live-streaming.

Once law enforcement left, Waters got back on Twitch to talk about what happened. He was glad the Sheriff’s Office had taken the call – and their safety – seriously.

"I commend all of the officers on hand for their professionalism," Waters said online after the incident was over.

FOX 13 reached out to the Pasco County Sheriff’s Office to find out how common swatting calls are in the county, but those details were not available Monday.

Last year, the governor signed a law that increased the penalties for false reports of crimes.