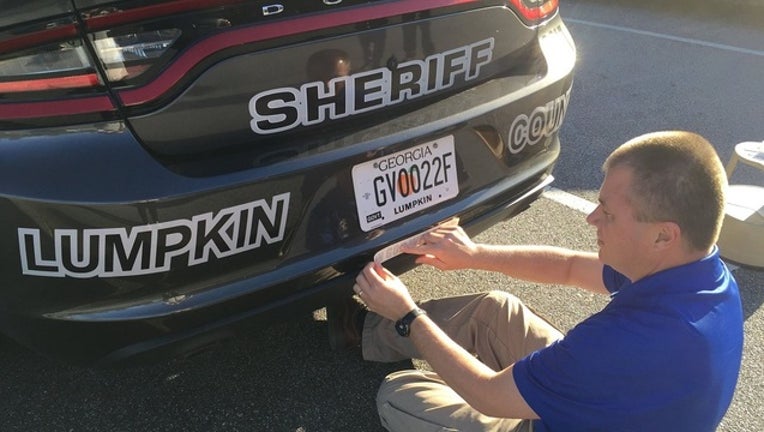 LUMPKIN COUNTY, Ga. - The Lumpkin County Sheriff's Office is the latest law enforcement agency to place the national motto of the United States on the back of their patrol cars.

The county joined dozens, if not hundreds, of other agencies around the country in placing "In God We Trust" on the back of patrol cars.

"In God We Trust" became the national motto under the 84th Congress and was signed into law by President Dwight D. Eisenhower in 1956. It is often mistakenly thought to have replaced "E Pluribus Unum", which has always and remains the official motto of the Seal of the United States.

The sheriff’s office said that the public can get a good look at the new decals during their annual Youth Day on Jan. 16 at Yahoola Creek Park from 8 a.m. to 3 p.m. The free event will focus on gun safety for all ages.