TAMPA, Fla. - Evan Mogelefsky says he was tired of the unanswered calls.

"The fact that none of these places even call you back – I said, let me just hop on a flight, and see people, and see what’s going on," he explained.

His son Jayden is one of many accepted freshmen for the University of Tampa’s fall semester who received this email this week stating he’s been waitlisted for a housing assignment, and that it’s very unlikely he would receive campus housing.

His father says it contradicts an email he received months ago that guaranteed students housing.

"We met all the deadlines, we gave our deposit, we committed, we did all the housing applications," he said. "There was never a mention that he may not get a room – or else we would have picked a different college."

But The Henry, the Barrymore Hotel, and 220 Madison – all of which serve only college students in downtown Tampa, near the campus – are already at capacity.

"We try to do better for our kids," Mogelefsky said. "It’s emotional. I don’t know what to do for him." 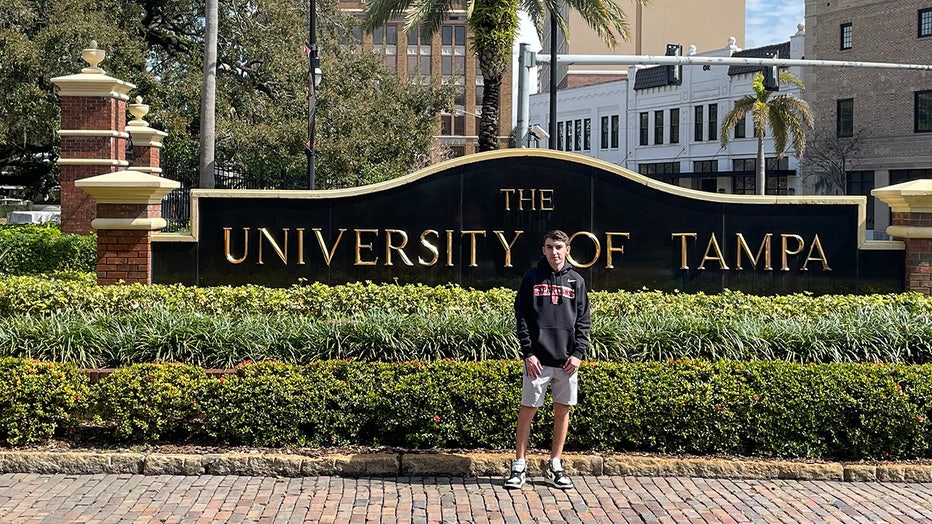 Evan Mogelefsky says his son Jayden is one of several students struggling to fine a place to live.

"They just don’t know where to house their kids and they’re getting desperate to find something," she said.

An off-campus housing resources Facebook page for UT students shows three-bedroom homes for $2,200, a two-bedroom apartment for $2,600, or a one-bedroom for nearly $2,000 a month.

Allen doesn’t typically lease to students anymore, but this morning, she decided to lease a few of her top-floor units for the fall to three students.

"It’s a possibility that there might be more, but as of right now, we’re just going to go with the three," she continued. "But we’ll see – it’s never written in stone."

The University of Tampa has stated that the email students received guaranteeing housing was a "discrepancy" and a "human error" as they have not guaranteed housing at UT for over a decade.