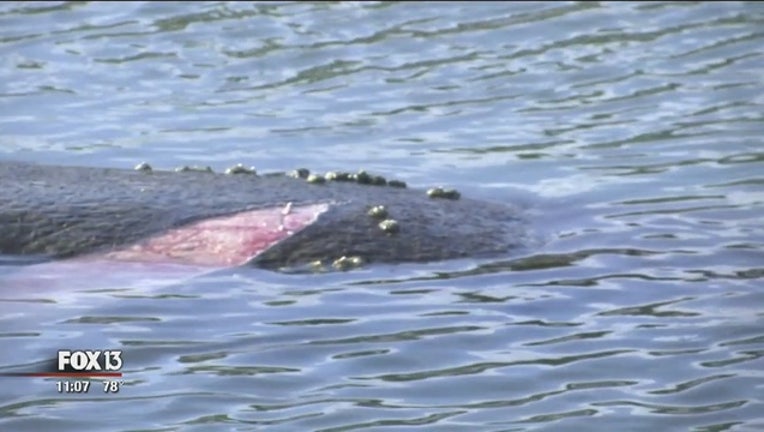 TREASURE ISLAND, Fla. - The Florida Fish and Wildlife Conservation Commission called off its mission to monitor an injured manatee that became trapped in a canal after the manatee disappeared overnight.

A nearby resident recorded video of the manatee Sunday and called FWC to help.

Officials used kayaks to paddle out and take a look at the manatee's injury, a 2-foot laceration on its back.

They said the cut could be the result of a boat strike.

Monday, FWC officials went back to check on the animal, but it was nowhere to be found.