TAMPA, Fla. - On Wednesday, Tampa police remembered Officer Jesse Madsen, who was killed in the line of duty one year ago.

Police say Madsen intentionally drove into the path of a wrong-way driver shortly before 1 a.m. on I-275 on March 9, 2021. The crash killed Madsen and the other driver, but police say the maneuver saved the lives of other drivers.

"I’ll never forget that call, where they said the other driver passed and no response from Jesse," said Brian Dugan, the police chief at the time. "It is the worst night of my life, frankly," he added. 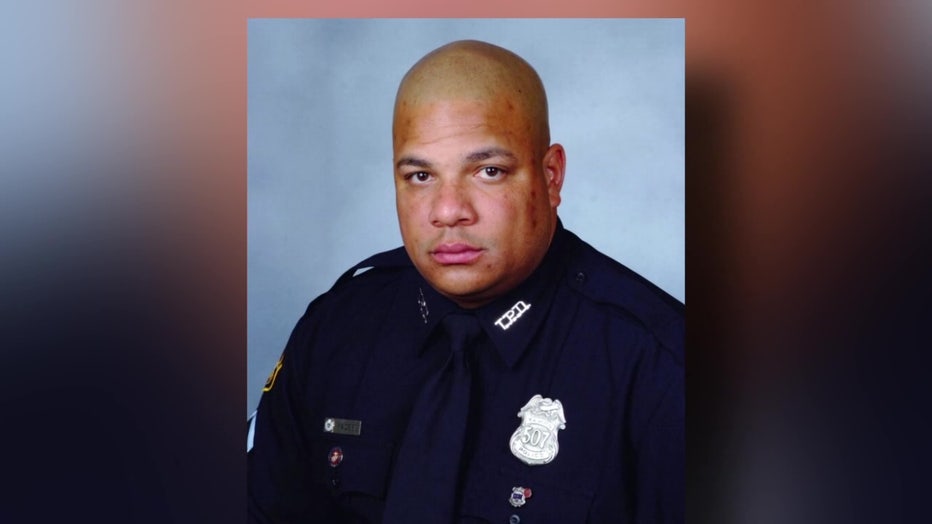 "At the end of the day we're all trying to do the right things for the right reason and Jesse lived that," he said.

Madsen had a wife and three children. He's a Marine Combat veteran. He served more than 16 years with the Tampa Police Department and was honored with the department’s life-saving award nine times.

Officer Madsen is the 32nd Tampa police officer to die in the line of duty.