ST. PETERSBURG, Fla. - The city of St. Petersburg says approximately 800 tons of dead marine life have been removed from the water in the last 25 days. The red tide crisis has put local anglers out of work and the clean-up effort has been a huge financial burden for cities and counties.

"It's a total ghost town out there, I mean, I've talked to fishermen that are fishing for mullet and other fish, they can't hardly find nothing," said Steven Morrow, a commercial fisherman based in Tampa.

Hundreds gathered near the St. Petersburg Pier on Saturday for a "rally for red tide." The group was standing in solidarity with city councilors, who earlier in the week, passed a resolution asking Governor Ron DeSantis to declare a state of emergency due to red tide.

That declaration would bring financial resources to the region to help pay for the clean-up efforts. Pinellas County hired DRC Emergency Services to clean up dead fish and is helping the city of St. Petersburg, but it’s not nearly enough money. 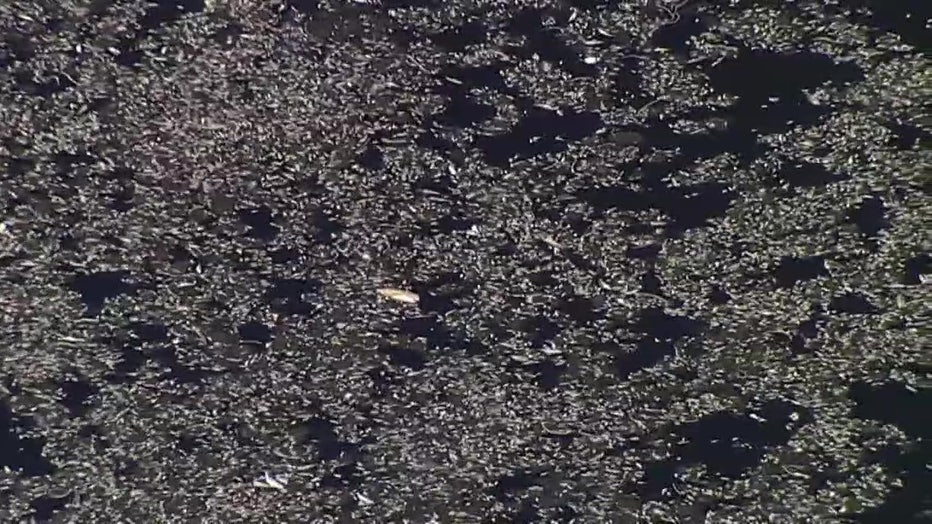 Commercial anglers say they want to step in to help clean up the dead fish, while their regular jobs aren’t there, because of the fish kills. Some hope an emergency declaration would bring enough money to the region where they could be hired to clean up the mess; making some type of living in the meantime.