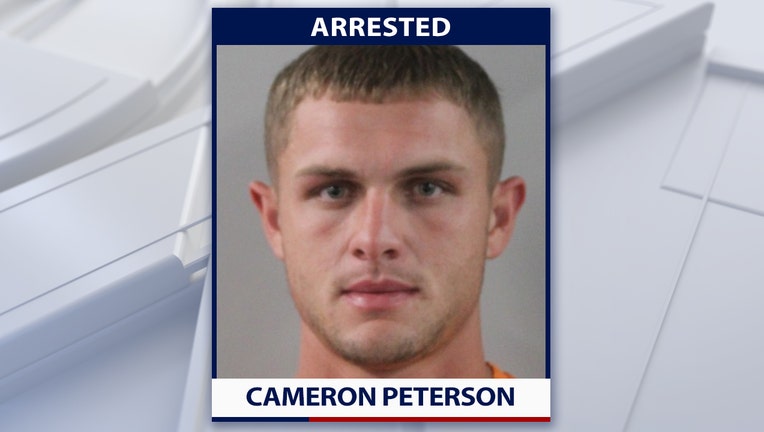 LAKELAND, Fla. - Cameron Peterson, 23, of Mulberry, was charged with driving under the influence and reckless driving on Tuesday after a deputy saw him speeding and weaving in and out of traffic on Interstate 4 around 7:40 p.m., according to the Polk County Sheriff’s Office.

The deputy, who says Peterson's speed was clocked at 113 miles per hour on digital radar, pulled him over near Kathleen Road near Lakeland.

According to the deputy, several things indicated that indicated Peterson was under the influence of drugs or alcohol. The deputy says Peterson was moving slowly, giggling during his interview and leaning on his vehicle to remain upright.

The deputy added that Peterson’s face was flushed, he spoke with a distinct slurred speech pattern, he showed confusion at times, his eyes were bloodshot and watery, the odor of alcohol was present from his breath, and he was alternately aggressive and upset to being apologetic and polite.

According to PCSO, Peterson refused to submit to a lawful breath test. His driver’s license was confiscated and his driving privileges have been suspended for one year per Florida statutes.

"Interstate 4 is dangerous enough without this kind of extraordinarily dangerous driving behavior. It’s a miracle that no one was hurt by his reckless conduct," said Polk County Sheriff Grady Judd.