Report: Pills available for sale to kids on Instagram

TAMPA, Fla. - Despite Instagram's promises to crack down, a new report shows just how easy it is for teens to access drugs on the platform. The report comes as Instagram CEO Adam Mosseri testified on Capitol Hill Wednesday about the app's impact on children.

Video from the report by the Tech Transparency Project shows pictures of pills – like Xanax, Vicodin, and Adderall – all for sale and easy to find on Instagram with just a few clicks.

"Any platform that connects people is going to have drug transactions on it, so it becomes incumbent upon those platforms to try and figure out, ‘How can we best mitigate this?’" the Symphony Agency chief digital officer Chris Jenkins said.

As an experiment, the Tech Transparency Project, which is run by the advocacy group Campaign for Accountability, created Instagram accounts for hypothetical teens, ages 13 to 17. They found it only took two clicks to land on a page selling drugs.

It then took five clicks to log out of the platform.

It started with Instagram messages about homework, and after that, selfies. According to Bradenton police, that’s how a sexual relationship began between a teacher and one of her students.

"It's a real sign that Instagram uses friction to keep young people from leaving the platform, but not from them finding dangerous content," Campaign for Accountability executive director Michelle Kuppersmith said.

Meanwhile, Instagram CEO Adam Mosseri faced tough questions Wednesday on Capitol Hill about what's being done to keep kids under 13 off the platform.

U.S. Senator (R-TN) Marsha Blackburn asked Mosseri about an interaction between himself and Jojo Siwa, an 18-year-old who is famous for her viral social media videos. Siwa told Mosseri she had been on Instagram since she was 8 years old. 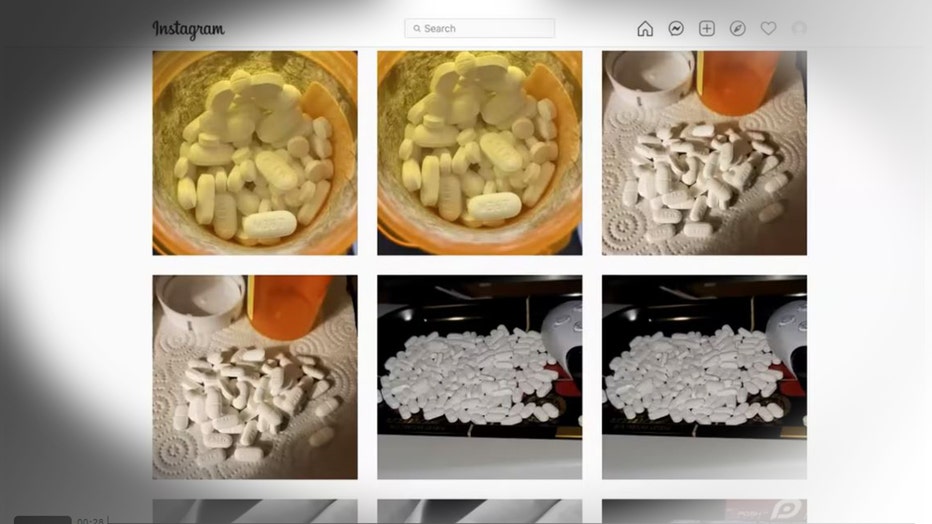 Blackburn: Why did you say you didn't want to know when Jojo Siwa said she had been on Instagram since she was 8 years old?

Mosseri: We invest a lot to try to identify those under 13 and whenever we find them, we remove them.

Blackburn: OK, but at that moment, when you responded to her that you didn't want to know, why didn't you use that as a teaching moment?

Mosseri: Senator, I would say it was a missed opportunity.

According to Instagram, the prevalence of content viewed on its platform related to drug sales is about 0.05%.

"We prohibit drug sales on Instagram. We removed 1.8 million pieces of content related to drug sales in the last quarter alone," a spokesperson for Instagram's parent company, Meta, wrote in a statement emailed to FOX 13 late Wednesday. "We'll continue to improve in this area."

Tuesday, Instagram announced it is launching new features, including parental controls, to help better improve safety for teens on the platform.

"The bottom line is that they want to make money. And the policy changes that will hurt their bottom line are not that attractive to them. And so, it's going to take outside pressure, whether it be from federal or state legislation or from activist groups, parents included," Kuppersmith said.