BRADENTON, Fla. - From her stoic stance to her fit physique, it's hard to imagine a teary-eyed Amy Holmes.

Deputy Holmes is definitely a woman you do not want to mess with.

"In the morning, I do my run and go to the gym and do a small workout," she explained to FOX 13.  "And at night on my meal break, I would go to the gym again and do a high-intensity workout." 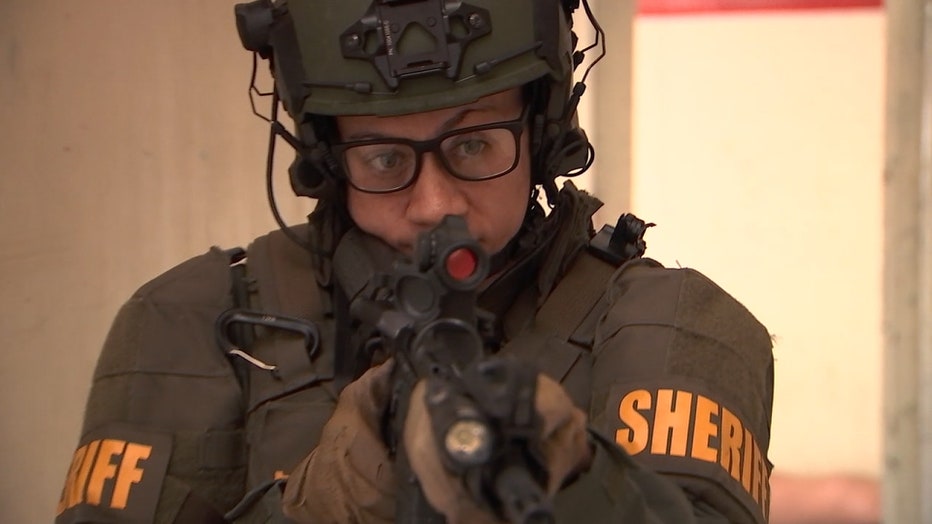 She is fierce, she is talented and she has made history as the first female and the youngest member of the Manatee County Sheriff's Office SWAT team.

"Going into a room when you're the odd one out or the only one of you - it can be intimidating," said Deputy Holmes. "There have been many times when I put my best foot forward even at times when I was extremely nervous."

She didn't know whether or not her fellow deputies would welcome her to the team. And when she did get pushback, she focused on her supporters instead.

"Those people gave me the extra confidence. I know I can do it and he thinks I can do it. So, I think I can do it," said Deputy Holmes. "I went out and gave it my all and obviously the result was successful."

MORE: USF's 'Machine' Manunga: A fierce leader both on and off the court

Her SWAT commander, Lieutenant Louis Licata, has her back and anyone else - male or female - interested in trying out for the team.

"Anyone can do it as long as you have the motivation and drive and the mental fortitude. If you put your mind to it, it's possible," said Lt. Licata. 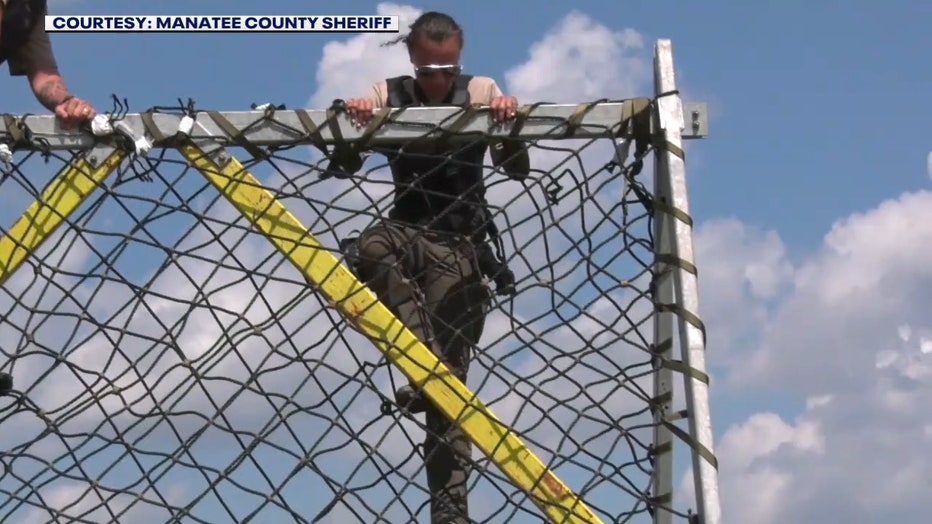 Deputy Holmes is proof of just that. She's serving search warrants and knocking down doors, helping get the bad guys off the street.

"I probably couldn't see myself doing anything else, but we'll see where life goes," said Deputy Holmes. "But for now, I am the happiest person alive. It's the best job in the world."

And she's only getting started. Deputy Holmes continues to work out and train hard, proving she can keep up with the guys.

"I've only been on the team two years, so I have a long way to go, in terms of getting better. Every day is a learning experience. I'll never know everything. I understand that," said Deputy Holmes.

One thing she does know and wants everyone else to know too: Females are not inferior. They are fierce.

RELATED: It's all in the family for Manatee County Sheriff's Office SWAT Team