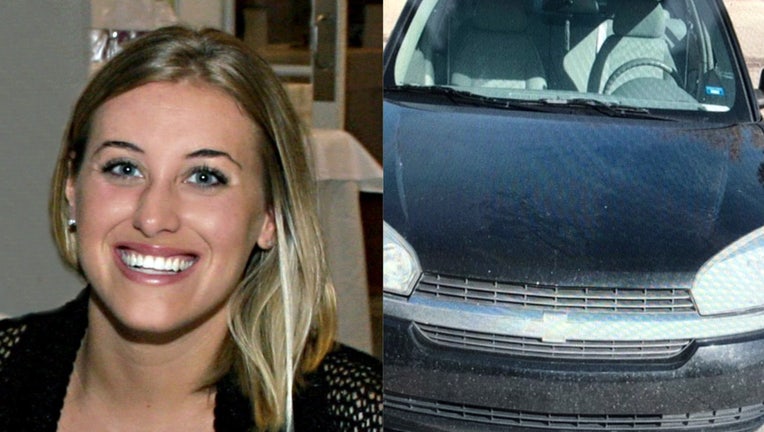 Jennifer Kesse disappeared on Jan. 24, 2006. Her Black Chevy Malibu was found abandoned one mile away from her home in Orlando. (Drew Kesse)

ORLANDO, Fla. - On a January evening in 2006, Jennifer Kesse chatted on the phone with her parents and boyfriend from inside her Orlando home before disappearing without a trace, stumping investigators and the young woman’s family who have searched relentlessly for her from Florida to Mexico and Russia.

Now, nearly 15 years later, evidence photos obtained by Fox News suggest a violent struggle took place on the front hood of the 24-year-old woman’s car, a clue the family hopes will yield new leads in a case that has long been unsolved.

"It looked like someone was thrown down on the top of the hood – arms spread out and then dragged back almost like off the hood to the point where you can almost see fingers scribbling down the hood," said Kesse’s father, Drew.

"The photos look suspicious and show what appears to be a hand mark going across the hood," added Mike Torretta, a former federal agent and private investigator hired by the Kesse family. 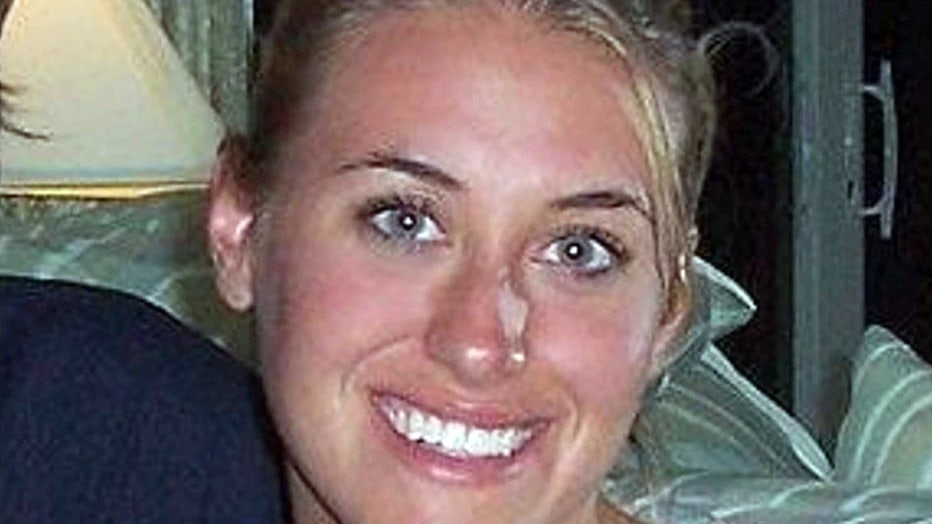 "We hope that by showing the public these photos, someone will come forward with information they’ve been holding onto for all these years," Torretta said.

In 2018, Drew and Joyce Kesse sued the Orlando Police Department for all the records to date in their daughter’s case. Frustrated by the police handling of the investigation, the family demanded the files be released to them in a legal battle that was unprecedented in a missing person case. An agreement was reached, and the Kesses in turn received some 16,000 pages of records, which Fox News examines in its new true crime podcast, "House of Broken Dreams: the Jennifer Kesse story."

Jennifer Kesse was last heard from at around 10 p.m. on Jan. 23, 2006. She spoke by phone with her boyfriend, Rob Allen, who lived in Ft. Lauderdale – three hours away from Orlando where Jennifer lived alone in a condominium at Mosaic at Millenia. On the morning of Jan. 24, 2006, Kesse failed to report to her job as a finance manager at a well-known timeshare company.

Two days later, on Jan. 26, Kesse’s Black Chevy Malibu was found abandoned at “Huntington on the Green,” an apartment complex in a high-crime area about one mile away from her condo. Authorities soon uncovered surveillance video at that apartment complex showing an unknown person parking Kesse’s car near the pool area at 12 noon on January 24.

The person of interest – believed to be male and dressed in workman’s clothes – has never been identified. In every image captured by the surveillance camera, the person's face is obscured by the black bars of the fence. Within 24 hours, the Orlando Police Department employed NASA to enhance the images but had little success. The FBI estimated the person to be between 5-foot-3 and 5-foot-5 with notably large feet for his height.

"This person holds the key to solving the case," said Torretta, a retired agent with the Drug Enforcement Agency who began investigating Kesse's disappearance in 2017.

Drew Kesse talks about disappearance of his daughter Jennifer

Over the years, police questioned several people in connection with Kesse's disappearance but no arrests have ever been made.

In their examination of Kesse's vehicle, investigators uncovered a latent print belonging to the victim, as well as a large boot print near the gas pedal. In excerpts of police files obtained by Fox News, authorities immediately suspected a struggle on the hood of Kesse's car when they discovered the vehicle. Detective Julius Gause of the Orlando Police Department wrote of police at the scene, "While observing the front of the victim's vehicle, these detectives observed what appeared to have been someone being pushed across the head of the vehicle."

A new witness, speaking exclusively to Fox News, claims she saw Kesse's black Chevy Malibu swerving near the exit to "Mosaic at Millenia” on the morning of Jan. 24, 2006.

"The car was moving erratically," said the woman, who spoke on condition of anonymity to protect her identity.

It looked as though two people were fighting over the steering wheel," she said.

The father of a woman who went missing more than 10 years ago says he now plans to sue the Orlando Police Department in hopes of taking the investigation into his own hands.&nbsp;

CLICK HERE FOR FOX 35 COVERAGE OF THE JENNIFER KESSE CASE

"Mosaic at Millenia" was undergoing a conversion from apartments to condominiums in January 2006, and construction workers were frequently on the property. Workers were also allowed to live in vacant condos at Mosaic, according to law enforcement sources.

The Kesses said their daughter felt "uncomfortable" around the maintenance workers employed by Mosaic.

"They would just stop and leer when they saw her," said Joyce Kesse.

"Whenever workers entered her apartment for painting and repairs, Jen was always on the phone with us," added Drew. "She'd stay on the phone in the doorway of her condo until they had left." 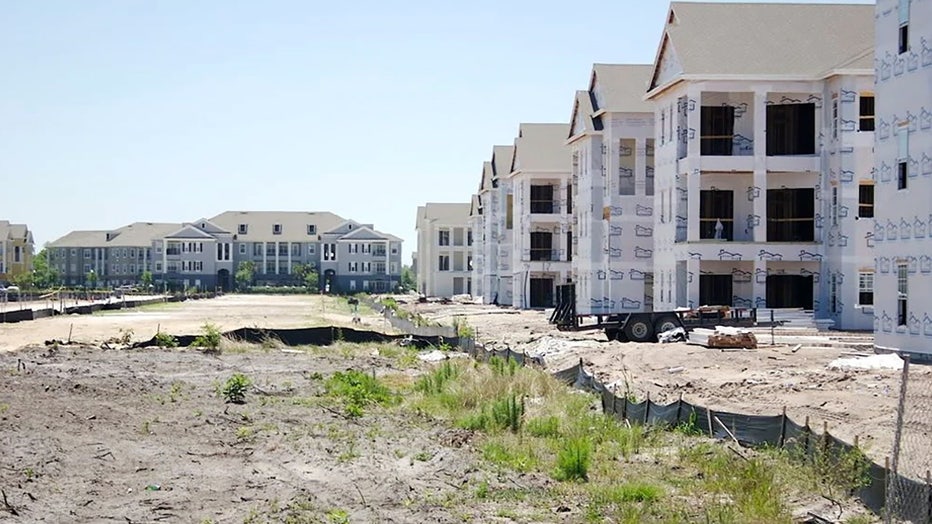 Jennifer Kesse was living at Mosaic at Millenia, pictured above, in 2006. The property was undergoing a conversion from apartments to condominiums at the time of her disappearance. (Fox News)

Nothing appeared out of place at Jennifer's condominium when her family arrived at noon on Jan. 24 to look for her. A damp towel was found near her shower and the unit was locked, suggesting the crime likely occurred after Kesse left her home for work that morning. Kesse's purse, cellphone, iPod and briefcase were missing from her condo.

Based on his review of the facts, Torretta said he suspects Jennifer was accosted from behind as she locked her front door and possibly forced into a vacant apartment across the hallway.

"She might not have had a chance to fight back," Torretta said. "Whatever happened to Jennifer, happened fast." 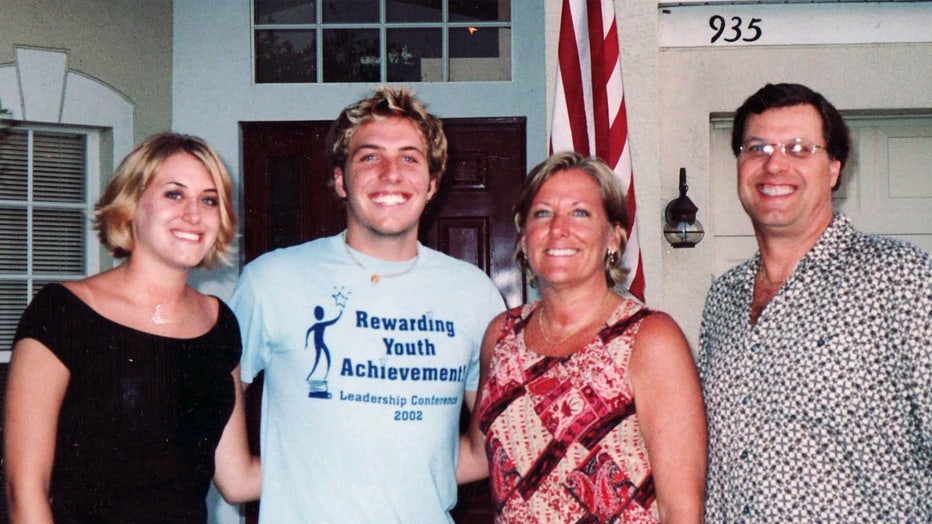 Jennifer Kesse, left, is pictured with her brother, Logan, and parents, Drew and Joyce Kesse, in an undated photo.

Kesse worked as a finance manager at Central Florida Investments Timeshare Company -- her second promotion in less than a year. She had purchased the condominium with her own money after graduating from the University of Central Florida with honors -- an accomplishment she was proud of.

"She just lit up the room," Joyce Kesse said. "Everyone loved being around Jen."

The Kesses, who maintain a GoFundMe page for their investigation, said they will never give up searching until their daughter is recovered.

GET UPDATES ON THIS STORY AT FOXNEWS.COM