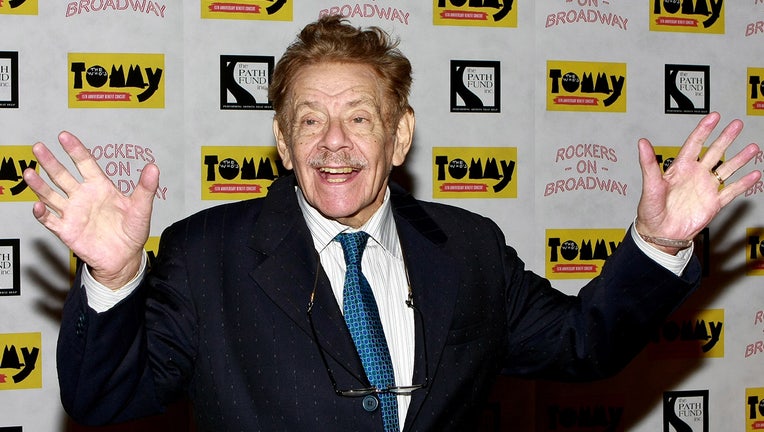 Jerry Stiller, the comedian who was best known for his roles on "Seinfeld" and "The King of Queens," has died of natural causes, Ben Stiller, his son, announced on Monday. He was 92.

"I’m sad to say that my father, Jerry Stiller, passed away from natural causes. He was a great dad and grandfather, and the most dedicated husband to Anne for about 62 years. He will be greatly missed. Love you Dad," his son said in Tweet.

Stiller, who started his career in the 1950s alongside his wife Anne Meara, had a resurgence in the late 90s with his iconic character Frank Costanza on the TV show "Seinfeld."

He was known as the high strung father of George Constanza and was often seen bullying his TV son. Some of his well known moments include his famous Festivus celebration, as well as the phrase "Serenity now!" He earned an Emmy nomination in 1997 for his “Seinfeld” performance.

Stiller recalled that he was out of work and not the first choice for the role of Frank Costanza, father to Jason Alexander’s neurotic George.

He also co-starred as the father to Leah Remini's character in the sitcom "The King of Queens" along with Kevin James. He wrote an autobiography, “Married to Laughter,” about his 50-plus year marriage to Meara, who died in 2015.

Stiller earned a drama degree at Syracuse University after serving in World War II, and then headed to New York City to launch his career. There was a brief involvement in Shakespearean theater, including a $55 a week job with Jack Klugman in “Coriolanus.”