ST. PETERSUBRG, Fla. - To the sound of honking cars -- as opposed to applause -- potential first lady Dr. Jill Biden stepped up the fight for Florida with a drive-in rally at St. Petersburg College.

"Are you ready to vote?" she called to the socially distant crowd.

She asked because early-in-person-voting starts Monday in Florida. Democrats have already built a sizable lead with 440,000 more mail ballots returned than Republicans.

Dr. Biden came to Pinellas County because it's seen as a bellwether. 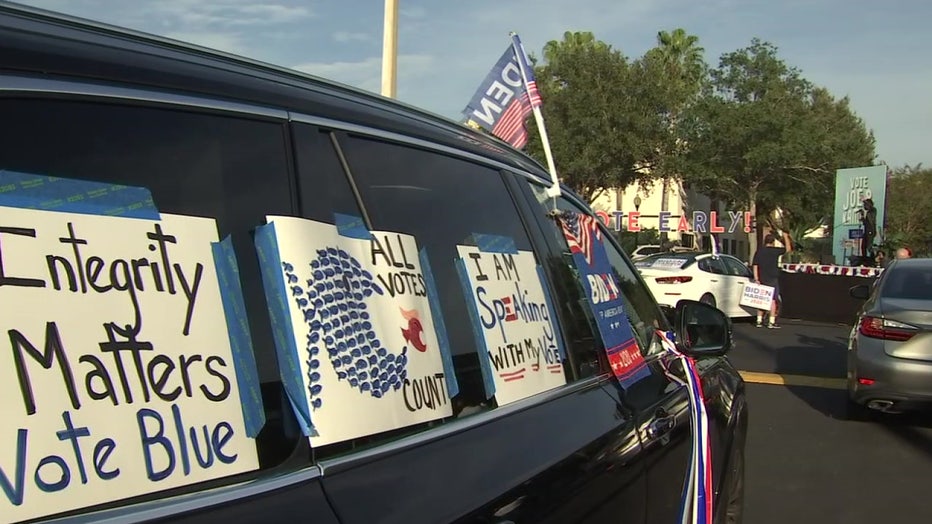 In 2016, Donald Trump beat Hillary Clinton by one percentage point, the same margin by which he won the state.

"One precinct could win a state," said Biden. "One state, this state of Florida, could decide our future for generations to come."

She argued that her husband's experiences of losing multiple members of his immediate family during his life make him compassionate and that he would follow scientists' recommendations in tamping down the coronavirus in the U.S.

She says President Trump let it get out of control. 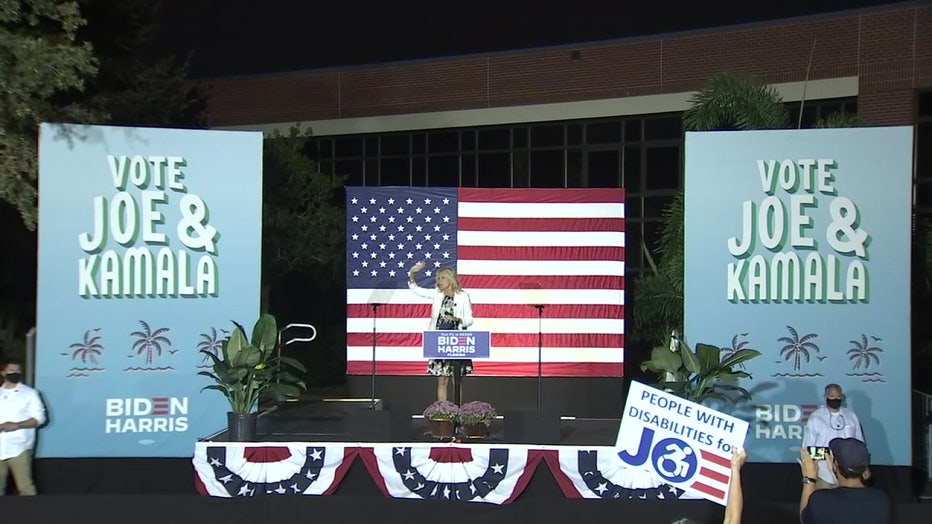 "All of us feel the chaos of this moment, the magnitude of loss that surrounds us," she said.

She also hit on the Biden campaign theme that the country is torn apart, politically and economically, but that it doesn't have to be forever. 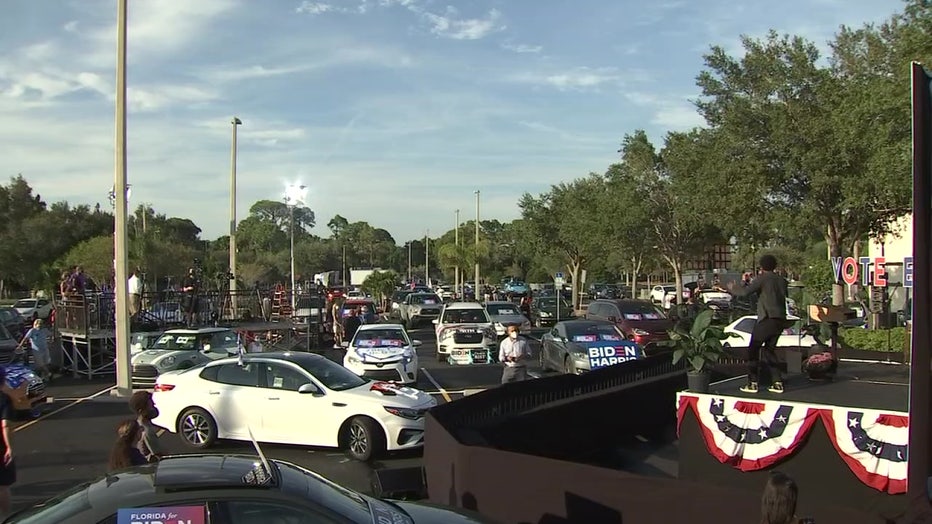