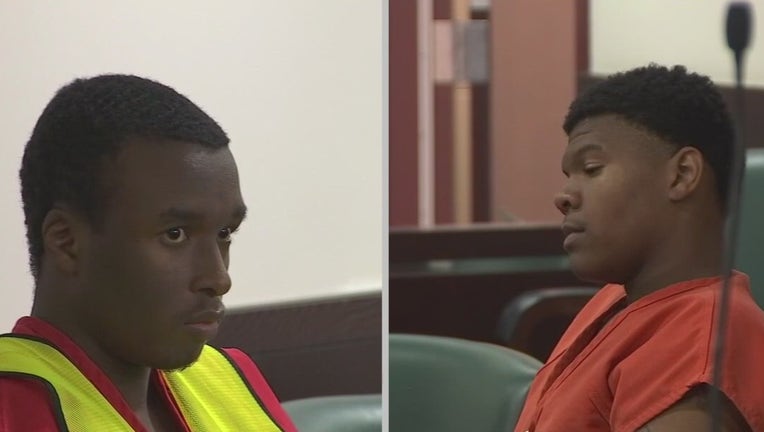 Dontae Johnson and his co-defendant Ramontrae Williams are accused of a botched robbery that led to the death of James Beck in 2017.

TAMPA, Fla. - Dontae Johnson was a teenager when he was accused of murder, explained his attorney Elizabeth Beardsley.

"Mr. Johnson has been incarcerated for quite a long time. He’s 21 years old right now he was 17 years old when he was arrested," Beardsley said.

During a virtual hearing ahead of Johnson's trial next month, Beardsley explained the hardships all the delays in the case have cost her client.

"He’s lost several family members during his incarceration and he has not been able to attend any funerals," she explained.

Johnson and his co-defendant Ramontrae Williams are accused of a botched robbery that led to the death of James Beck in 2017.

Beck was selling his dirt bike on Craigslist, but when Beck and his 15-year-old son, Stuart, showed up to Tampa to make the sale, prosecutors say Johnson pulled out a gun. Beck's son told a judge during a bond hearing he watched his father get shot.

Williams, the co-defendant, recently cut a deal with the state and he pleaded guilty in exchange for 12 years in prison and will have to testify against Johnson at his trial.

Johnson's trial was set to start next month, however, it’s been pushed back to June after the prosecutor asked the judge for a delay due to a family issue, it was granted.