Explaining the judge's ruling on gambling

TAMPA, Fla. - A rough week for the gambling compact struck between the governor and the Seminole Tribe just got even worse.

On Wednesday night, a U.S. District Court Judge denied an appeal by the Seminole Tribe to stay a previous ruling that said the compact violated a federal law that requires gaming occur on tribal lands.

"We are looking at this thing being hopefully operational by the summer," the governor had said upon signing the compact in April.

On Monday, the judge called it "fiction" that the compact jives with a federal law that requires gambling occur on tribal lands. The state had argued it was OK because the servers that accept the bets are on tribal lands, even though the gamblers themselves aren't.

Wednesday, the same judge refused to stay the ruling because "the tribe had not shown a substantial likelihood of success on the merits."

Legislators, who approved the compact in May, knew this was coming. 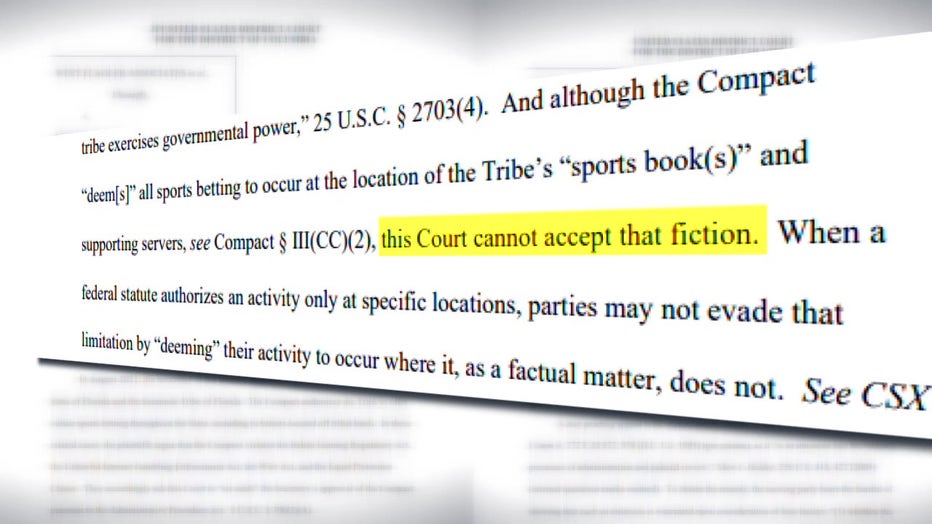 The rulings mean the legalization of sports betting and an expansion of casino games to include craps and roulette are on hold, at least until more appeals can be filed.

Opponents, which include operators of other gambling operations called parimutuels, argue a constitutional amendment passed in 2018 allows only voters to expand gambling.

"If we had had a state law that authorized the tribes to conduct this kind of mobile wagering and had the same kind of language that's in the compact, I think the court's analysis would be different," said Katherine Rand of the Institute for Study of Tribal Gaming Law and Policy. 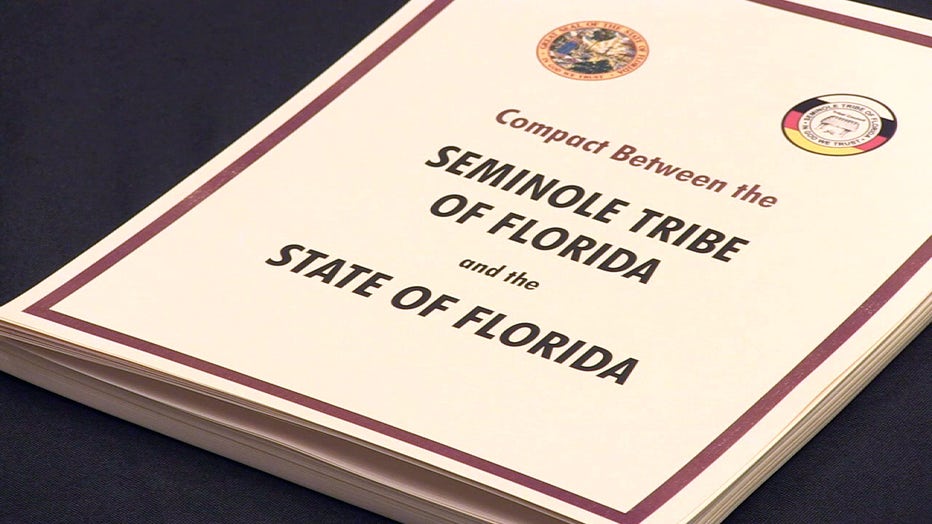 The judge, who was appointed by President Trump, agreed with the opponents, saying that a stay "would have injured the plaintiffs who have shown they face ongoing competitive injury. Because there are economic losses on both sides of the case, the court is hesitant to transfer those losses to the party that prevailed at law."

"Both the tribe and the state will be vigorously defending the agreement that we have made here today," Gov. Ron DeSantis said in April.

The judge has given the tribe until late December to appeal the ruling to a higher court.