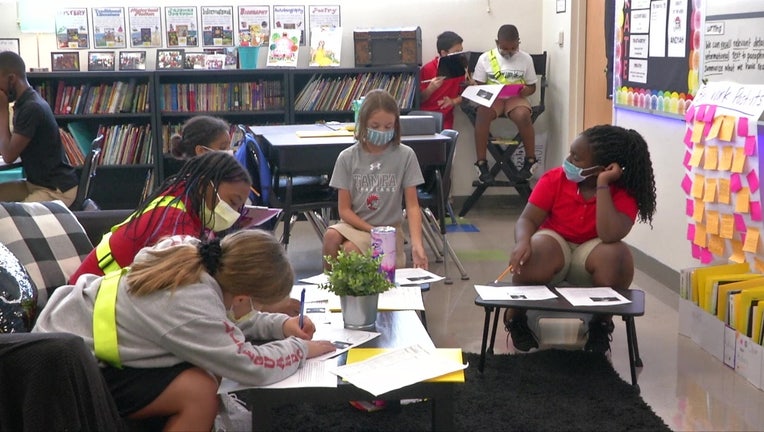 TALLAHASSEE, Fla. - An administrative law judge Wednesday rejected a request by the Florida Department of Health to dismiss a challenge by six school boards to a rule that seeks to prevent student mask mandates during the COVID-19 pandemic.

The decision by Judge Brian Newman came a day before a hearing is scheduled to start in the challenge filed by the school boards in Miami-Dade, Broward, Orange, Duval, Alachua and Leon counties.

Attorneys for the Department of Health argued that the case should be tossed out because the school boards do not have legal standing to challenge the rule, which is rooted in a July 30 executive order by Gov. Ron DeSantis aimed at preventing mask mandates.

In part, the department cited what is known as the "public official standing doctrine," contending that the doctrine prevents school boards from challenging laws and rules that they are legally obligated to follow. But Newman rejected the argument.

"Respondent (the department) has not cited any case that holds that the public official standing doctrine applies in rule challenge proceedings brought pursuant to (a section of the state’s Administrative Procedure Act) or that any other law prevents a public official (or unit of government) from challenging a rule that substantially affects it in this administrative forum," Newman wrote in the 10-page decision. "Indeed, there have been many rule challenges initiated by governmental entities heard here at the Division of Administrative Hearings. None of them were dismissed at any stage based on the public official standing doctrine or the assertion that governmental units are not authorized to challenge a rule under (the Administrative Procedure Act)."

Newman then listed a series of past cases filed by cities, counties and other governmental entities.

"In summary, there is no authority for respondent’s assertion that petitioners (the school boards and Leon County schools Superintendent Rocky Hanna), as public officials and/or units of government, are barred by the public official doctrine --- or by any other law --- from challenging a rule that substantially affects it under (the Administrative Procedure Act)," Newman concluded. "Indeed, such challenges are routinely decided here at the Division of Administrative Hearings."

The school boards filed the challenge Oct. 6, arguing, in part, that the Department of Health overstepped its legal authority in issuing an emergency rule on Sept. 22. The six districts are among eight in Florida that have faced financial penalties from the state for not fully complying with the rule.

The Department of Health issued an initial version of the rule Aug. 6, but some school districts allowed families to only opt out of mask requirements with documented medical reasons. The revised Sept. 22 rule said opting out of mask requirements is "at the parent or legal guardian’s sole discretion" --- effectively trying to prevent districts from requiring medical reasons.

Also, the revised measure restricted the ability of districts to require quarantining of asymptomatic students who have been exposed to COVID-19. It gives parents the option of allowing the "student to attend school, school-sponsored activities, or be on school property, without restrictions or disparate treatment, so long as the student remains asymptomatic." The option does not apply to children who have COVID-19 symptoms.

Nearly a month after board members voted to extend its mandatory mask policy, the Hillsborough County School Board voted 6 to 1 to drop the requirement for a doctor to sign an opt out form.

In the revised rule, the Department of Health cited its legal authority to "adopt rules governing the control of preventable communicable diseases" and said that "because students benefit from in-person learning, it is necessary to immediately promulgate a rule regarding COVID-19 safety protocols that protects parents' rights and to maximize the allowance of in-person education for their children."

But the school boards’ challenge contends the department "at most" is able to enact rules about immunizations and controlling communicable diseases --- but does not have the legal authority to enforce parental rights.

School boards also challenged the initial Aug. 6 version of the rule. Newman refused to dismiss that case for reasons mirrored in Wednesday’s decision.

The Department of Health appealed Newman’s refusal to dismiss the earlier case to the 1st District Court of Appeal. But the legal fight over the initial rule and the dismissal issue was scrapped when the department revised the rule.