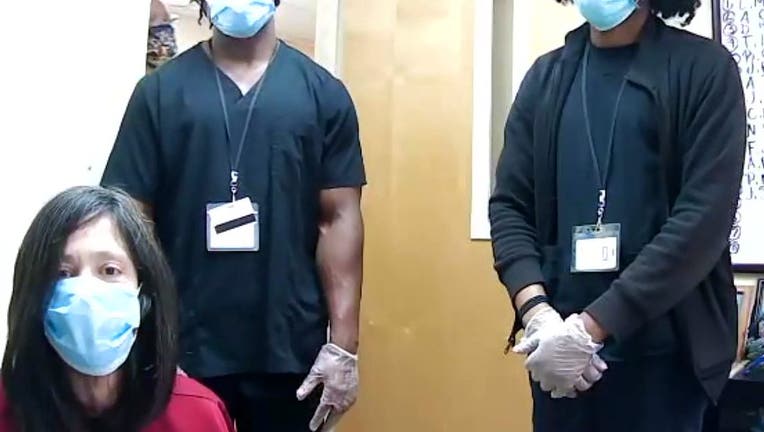 TAMPA, Fla. - Racial slurs, flashing residents, and picking fights: That's some of the bad behavior Carol Beamon is accused of.

As part of her probation, Beamon was admitted to Grace Point, a mental health treatment facility in Tampa. But Beamon has been acting up and the program manager is taking her complaints straight to the judge.

"She started towards me, the ‘n-word’ and it just progressed it has been ongoing non-stop," complained Tonya Wilson.

Wilson says Beamon even flashed someone there.

"Ms. Beamon exposed herself, lifting up her shirt to a male resident at our facility," Wilson told the court.

And Beamon even showed signs of aggression towards Wilson.

"She came at me, she attempted to, but was not successful with that," Wilson said.

Beamon, 47, is on probation for a violation of a sex offense and has served time for a variety of crimes. She was admitted to Grace Point on April 26, but now the court-appointed facility wants her out.

Beamon was brought into the virtual hearing and had her grievances too.

"You will be going to Florida State Hospital to continue with competency restoration treatment," ruled Judge Kiser.

Beamon frowned at the decision and was taken back to her room by medical staff.