TAMPA, Fla. - About 200 people marched through Tampa Friday to commemorate Juneteenth and to honor lives lost at the hands of police.

The crowd gathered in Centennial Park was peaceful, positive, and purposeful.

“It’s a very important day for us, not only for us to acknowledge the past, but also because of the past we’re celebrating this day and looking forward,” said Robin Lockett, of Organize Florida.

Speakers took turns on the mic, educating and inspiring the crowd.

It was supposed to feel like a celebration, but organizers also wanted to embrace the movement that’s been happening across the county for the last few weeks.

RELATED: Juneteenth: The celebration of how far we've come and how far we have to go

After 155 years, message of freedom again spreads across the U.S.

The celebration of Juneteenth marks the day the last slaves were freed, in Galveston, Texas, but many are newly discovering the day that America truly became free.

“On a day like today when it’s Juneteenth and were supposed to be celebrating freedom, there is many people who don’t feel free,” Nanci Palacios, of Faith in Florida said.

That’s why they took the message to the streets, marching, chanting, and making sure they were heard.

Bystanders cheered in support or joined in -- marching for their rights and for what’s right.

“Everybody is in this together and that’s the beautiful thing about this, everybody’s taking note of it, everybody’s marching with us,” Lockett said.

As one of the marchers told FOX 13 News, “You don’t know where you’re going unless you know where you came from, and the awareness of where we came from is going to make us stronger to become a better nation and a better country.”

Solidarity, jubilation on display in St. Pete on Juneteenth

Juneteenth was a larger than usual celebration in downtown St. Pete, with live music and food from black-owned restaurants along the streets. There were also calls to action for progress, moving forward. 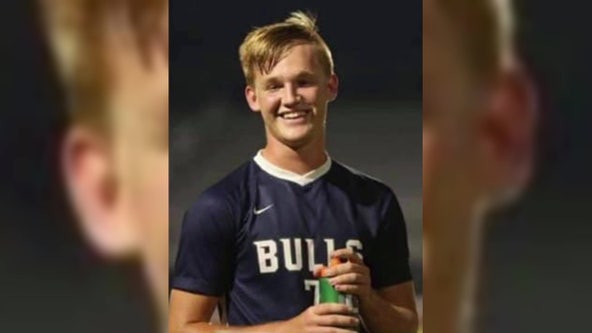