Solidarity, jubilation on display in St. Pete on Juneteenth

ST. PETERSBURG, Fla. - Downtown St. Petersburg was a place of celebration Friday on the 155th anniversary of Juneteenth – the day the last slaves were liberated in the American south.

But this year’s celebration of how far we’ve come had a call to action on its heels as it falls in the midst of worldwide protests against racial injustice, discrimination, and police brutality.

The celebrations were also marked by a sign of the times: most people were wearing masks, even outside, as COVID-19 numbers skyrocket in Florida.

In many ways, however, Juneteenth festivities were familiar to those who know the day well. Live music and food from local Black-owned restaurants lined the streets. Colorful chalk covered the sidewalks and roadways. 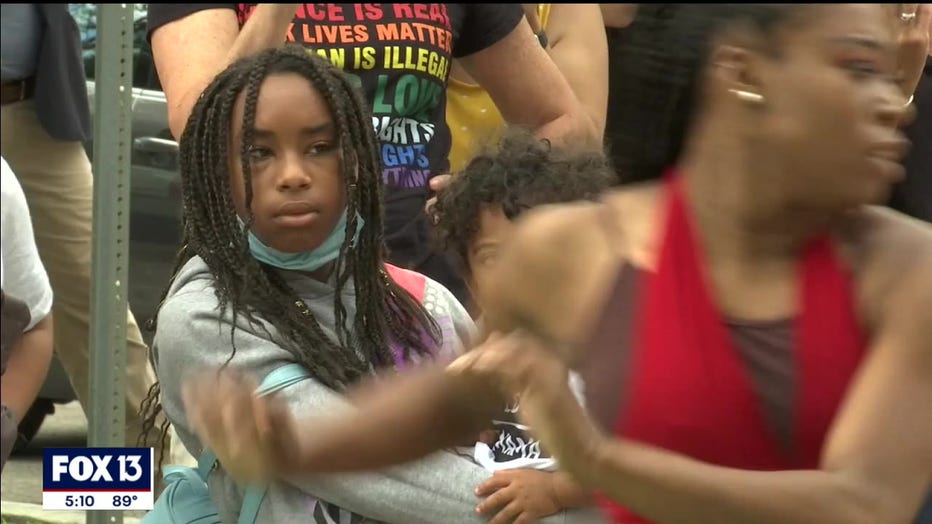 “This is the time. We are poised for opportunity to make change permanent, lasting social change,” State Sen. Darryl Rouson said. “I wouldn’t rather be living at any other point in my history than right now. People are listening, corporations are listening.”

After 155 years, message of freedom again spreads across the U.S.

Despite 155 years between the end of slavery and today, many wonder why we still have to say ‘black lives matter.’

But to cast aside any doubt, volunteers painted a street-wide mural on 9th Avenue in front of the Dr. Carter G. Woodson African American Museum. 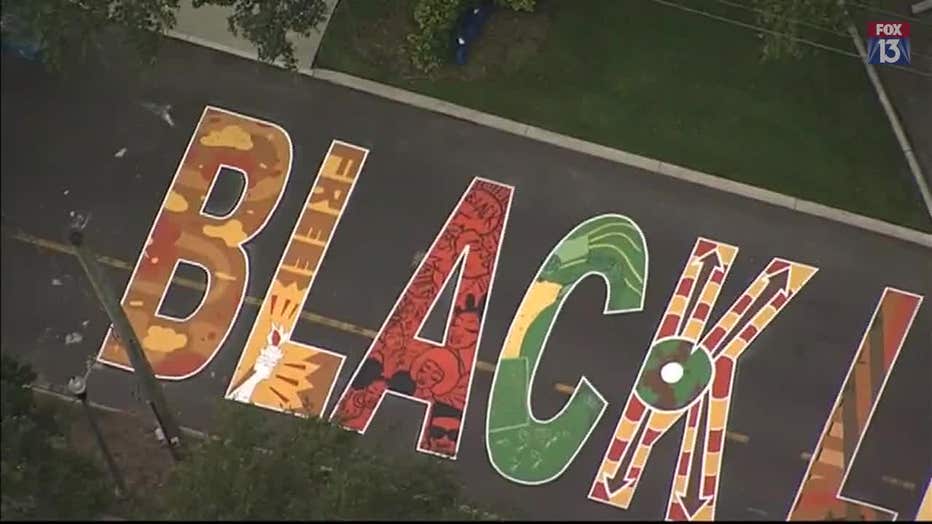 “Can’t put it into words. Kinda emotional, gratifying and still so much of a problem,” Kitchens said of the Black Lives Matter movement. “They too have seen the videos, but their bias is in conflict of their morality.”

For a mother who brought her kids to the Juneteenth festivities Friday, this is a lesson on the past and the future.