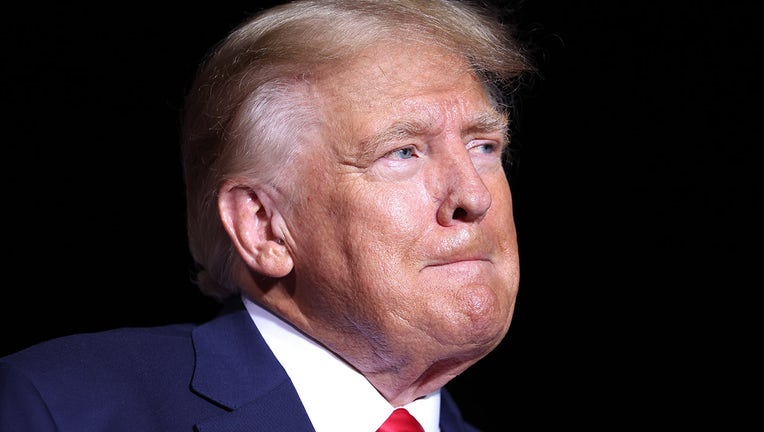 WASHINGTON - The Biden administration on Tuesday urged the Supreme Court to steer clear of a legal fight over classified documents seized during an FBI search of former President Donald Trump's Florida estate.

The high court is weighing an emergency appeal from Trump asking it to overturn a lower court ruling and permit an independent arbiter, or special master, to review the roughly 100 documents with classified markings that were taken in the Aug. 8 search of Mar-a-Lago.

The Justice Department said in a 32-page filing that Trump's claim has no merit, noting the case involves "extraordinarily sensitive government records."

A three-judge panel from the Atlanta-based U.S. Court of Appeals for the 11th Circuit last month limited the special master’s review to the much larger tranche of non-classified documents. The judges, including two Trump appointees, sided with the Justice Department, which had argued there was no legal basis for the special master to conduct his own review of the classified records.

But Trump’s lawyers said in their application to the Supreme Court that it was essential for the special master to have access to the classified records to "determine whether documents bearing classification markings are in fact classified, and regardless of classification, whether those records are personal records or Presidential records."

At issue is a legal dispute over the scope of the authority given to Raymond Dearie, a veteran Brooklyn judge who was named last month to serve as a special master and segregate any documents seized from Mar-a-Lago that may be covered by claims of executive privilege or attorney-client privilege. All told, roughly 11,000 documents were taken during the Aug. 8 search, including about 100 with classification markings.

The Florida judge who appointed Dearie, Aileen Cannon, empowered him to inspect the roughly 100 classified documents and halted the Justice Department’s use of those records for its criminal investigation until the special master’s review was done.

But the appeals court set aside that part of Cannon's longer ruling, agreeing with the Justice Department’s arguments that there was no need for Dearie to review the classified records since they were not likely to involve issues of privilege. The Trump team subsequently appealed.

The Justice Department, meanwhile, is appealing Cannon's entire ruling to the 11th Circuit. In the Supreme Court filing, the department described it "as an unprecedented order by the district court restricting the Executive Branch’s use of its own highly classified records in an ongoing criminal investigation and directing the dissemination of those records outside the Executive Branch for a special-master review."

The department again dismissed the relevance of the Trump team’s assertions that Trump, as president, had absolute declassification authority — something his lawyers have repeatedly raised even while avoiding making the claim that he took steps in this instance to declassify the records.

The department said the declassification claim has not been supported with any "competent evidence" and said the Trump team, when presenting investigators with a batch of classified records last June, did not assert claims of privilege or suggest that any of the records had been declassified.

Trump's filing first went to Justice Clarence Thomas, who oversees emergency appeals from the 11th Circuit. But individual justices almost always involve the entire court in high-profile cases such as this one.