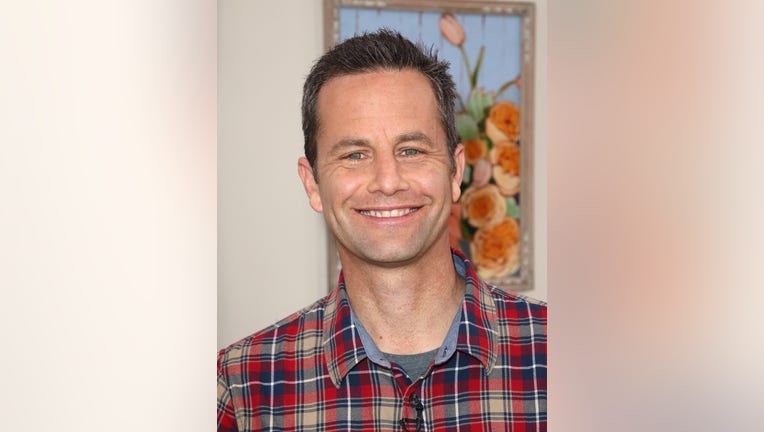 Kirk Cameron rang in the New Year by continuing to defy a stay-at-home order issued in Southern California.

The "Growing Pains" alum, 50, has come under fire several times in the last month for reportedly hosting gatherings despite shutdowns in the state. Two caroling events Cameron helped organize last month featured dozens of gatherers standing closely and without masks.

Three-year-old Colt Parris is doing much better after doctors believed he suffered a stroke after contracting COVID-19.

Cameron shared a 4-minute-long prayer to his social media pages from the event, in which supporters joined him for a prayer "for the nation."

While Cameron reportedly said masks were "welcome" at the event, footage does not show the actor nor several people around him wearing any protective gear.

"Is this just beautiful? Could we have asked for a more beautiful painting from God? And just think, God paints with water and light to make that. Isn't that amazing? I'm so happy that you all came here," Cameron says in the clip.

Cameron hinted that he helped organize the event, telling the crowd, "We were scouting places out all up and down the coast. We weren't sure where to come. We landed on this, really just three or four hours ago. This turned out to be just perfect."

On Tuesday, California’s health secretary announced that regional stay-at-home orders would be extended in Southern California and San Joaquin Valley as the state is facing a sustained coronavirus outbreak.

Cameron and his supporters faced a number of complaints on social media on Friday.

"I guess he's still going through growing pains," one commenter wrote underneath his video on Instagram.

"Spreading covid cheer yet again," a third person commented along with a thumbs-down emoji.

However, some supporters of Cameron shared their thanks for the actor's participation in the prayer event. One person wrote on Instagram that it was "just what I needed to hear."

"Thank you for being a leader and stepping up and speaking out. I appreciate the kindness and wisdom in your approach," the person wrote.

Another Instagram user thanked Cameron for "bringing us hope and faith and not fear this year."

"It was the best way to finish our this crazy year!" one person reacted to the New Year's Eve event. "It was such a great night!"

"While I will always love my brother Kirk, I could not disagree more with his holding these maskless events at a time when safety and concern for others is an extreme priority," Miller, who played the brother of Cameron's character in the beloved sitcom, told Page Six.

Cameron defended the "peaceful" protests during a virtual appearance on "Fox News @ Night."

"All I can tell you is that I'm looking around in my community and I'm seeing the devastation and the suffering of people whose businesses have been bankrupted -- people dealing with anxiety, depression, suicide is spiking, the abused being quarantined with their abusers, and I can['t] just ignore that," he said.

He also joined "Tucker Carlson Tonight" last week. "Everyone came to this caroling event by choice. They did a risk-reward analysis and they said, 'We're coming to an event. We're not afraid of a virus that has a 99.9% survival rate,'" the actor told the host.

Cameron continued: "We've had not just 75 or 100 people, we've had upwards of 1,000 people sing carols because they're wanting hope and commuity. But I do want to give you one big warning disclaimer: under a starry night sky and candelit lyric sheets and you have the U.S. Consitution illuminated by those candles, like we do, you might catch the hope virus, and it's very contagious."