LAKELAND, Fla. - A Lakeland High School substitute teacher is facing multiple charges after Polk County deputies say she had sex with one of her male students. According to the deputies, the relationship had been going on for months but didn't come to light until a student told a school resource officer about the existence of a Snapchat video showing the two having sex.

20-year-old Ayanna Davis is now out of job. She's accused of having sex with one of her male students who deputies say is 16 years old or younger.

"If you're a teacher, you're supposed to teach. You are not supposed to be getting involved with these students like that," parent Christian Jordan said.

The investigation began back on December 3 when a student told a school resource officer about a video on Snapchat showing Davis and another student having sex. According to the affidavit, the male victim sent the video to numerous Lakeland High School football players. 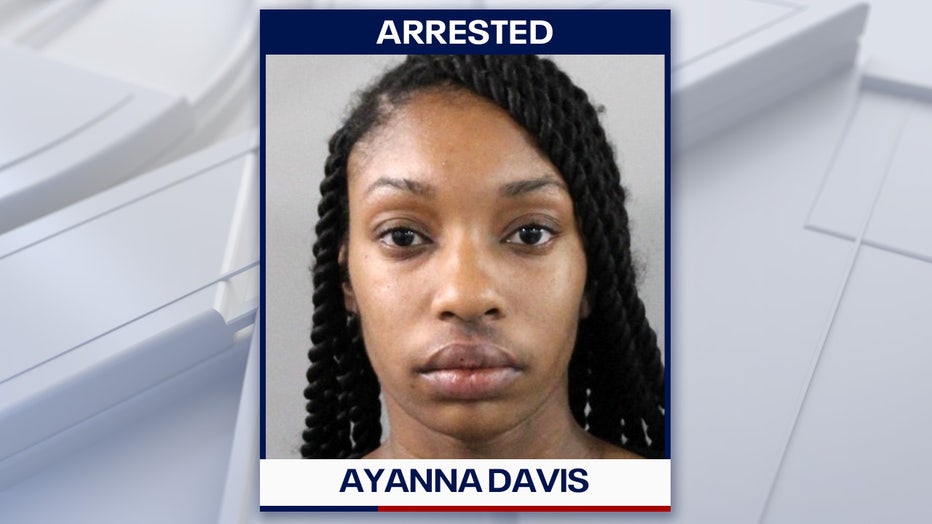 When investigators interviewed Davis, they say she admitted she and the male student had sex at least four times: twice at her home and twice at the student's home while his parents were asleep upstairs.

"Like, girl, what is wrong with you?" Polk County Sheriff Grady Judd wondered. "Did you burn through your last five brain cells? So, she's locked up in the county jail and I anticipate that's where she'll spend Christmas, eating turkey off of a loaf."

When investigators confronted the victim, he initially denied the encounters but later corroborated the story.

He told investigators he was the one who initiated contact with Davis and their relationship became sexual on October 10 after a football game.

Investigators are still working to track down a copy of the Snapchat video.

"We certainly would like for someone to turn it over to us. We know there are copies out there. They deny it however we've talked to multiple witnesses that saw it so we believe our witnesses," Judd said.

"Girl, what is wrong with you? Did you burn through your last five brain cells?"

Davis started as a substitute teacher at the school in August and was employed through Kelly Services.

Polk County Schools Superintendent Frederick Heid said in a statement, "We expect substitute teachers to uphold the same high standards of conduct and professionalism as our full-time educators. The charges against this person are disgraceful and a complete violation of the trust that teachers build with their students."

Davis faces four counts of sexual battery. As of Monday night, she remains in the Polk County Jail on a $60,000 bond.