TAMPA, Fla. - Roughly 1,000 people came together Saturday at Curtis Hixon Park to call for justice for George Floyd. Despite heavy rain, demonstrators marched throughout the City of Tampa for a several hours.

Saturday afternoon, the park was packed with demonstrators with signs in hand chanting for justice for George Floyd. Demonstrations remained peaceful from beginning to end. 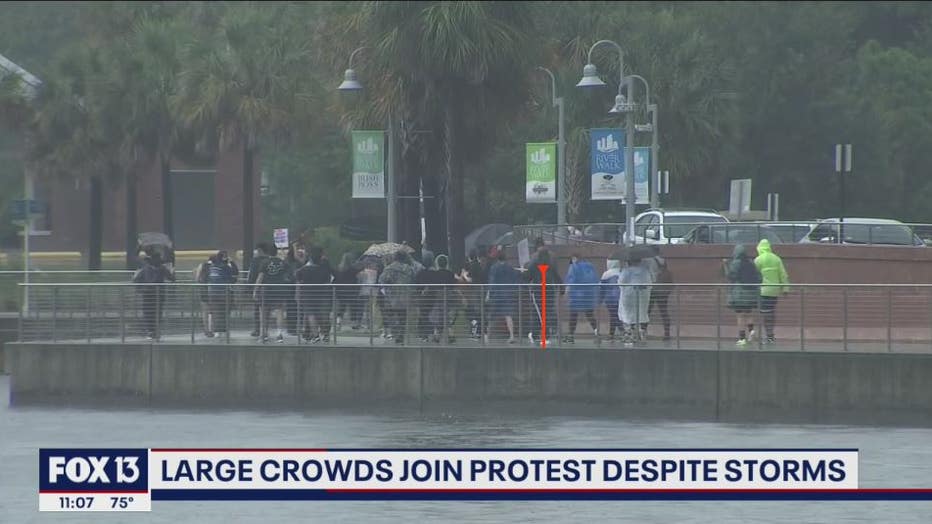 Demonstrations started off around 3 o'clock at Curtis Hixon Park. Police and state troopers kept a close eye on marchers throughout the day. At one point, police cruisers could be seen blocking ramps to the interstate, worried protesters might try and get on the highway.

Many people made signs reading 'Black Lives Matter' and 'Justice for George Floyd'. By 6 o'clock, protesters made their way back to Curtis Hixon Park where organizers took turns one by one speaking to the crowd. 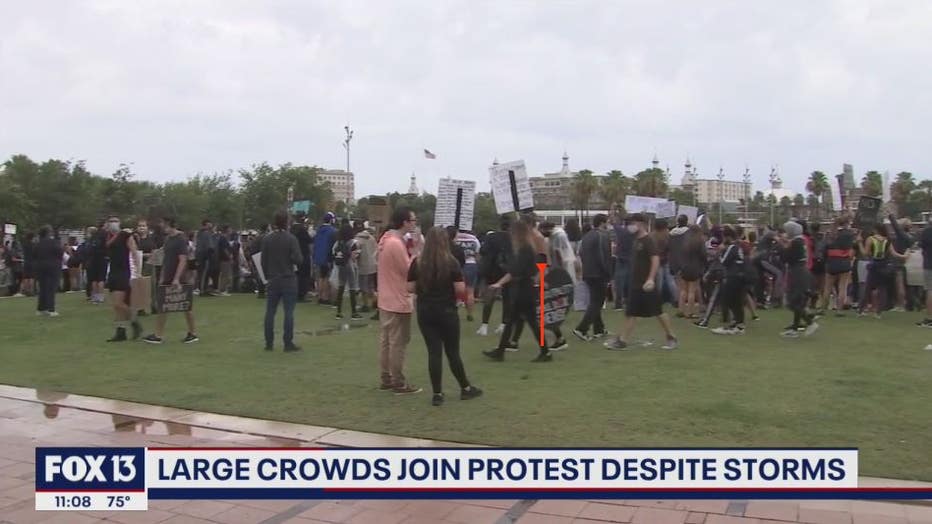 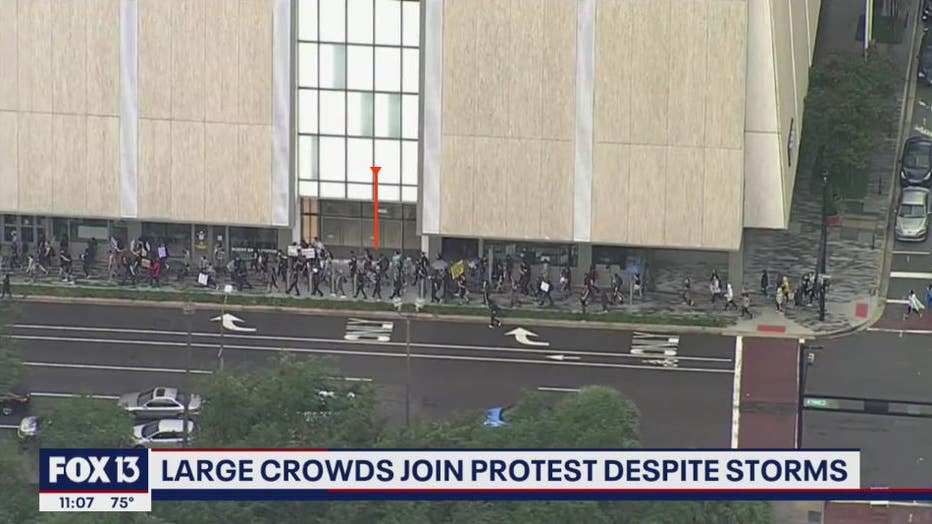