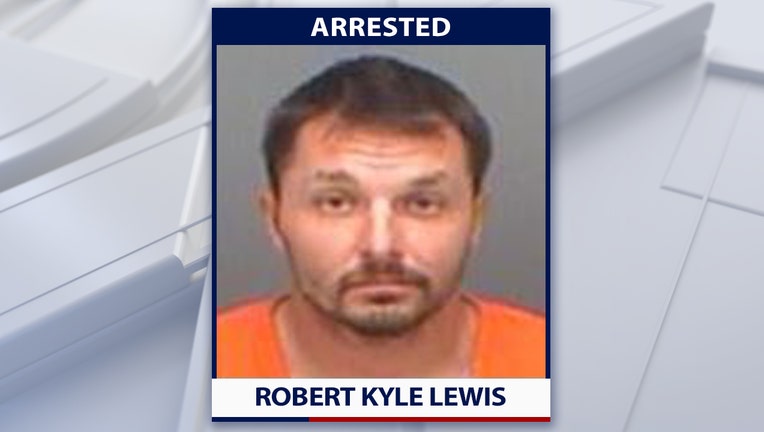 According to the Pinellas Park Police Department, Lewis and Peter Sala Jr. were driving separate vehicles southbound on Highway 19 when they began arguing with each other. After the argument, police say Sala drove past Lewis and threw what is believed to be a portion of a banana at his pickup truck. That's when Lewis fired a single round at Sala Jr., according to PPPD.

The bullet shattered Sala Jr.’s front passenger window, entered the vehicle and lodged into the front passenger dashboard area. Sala Jr. suffered a small non-life-threatening laceration to his leg from a piece of glass fragment that struck him, according to police.

Lewis agreed to meet with deputies on Wednesday morning and that’s when he was arrested and charged with shooting a deadly missile into/at an occupied vehicle and criminal mischief.