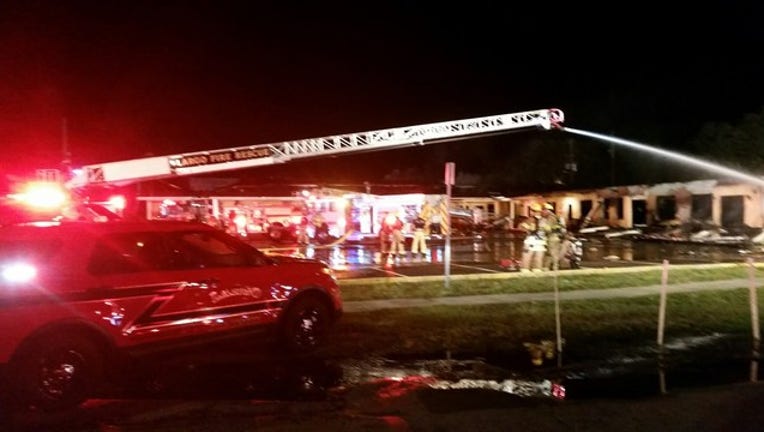 It took Alex Kern decades to open his first place.

"I learned to cook when I was fifteen," he said.

He lost it in minutes.

Just after midnight at Seminole and 126th Ave in Largo, firefighters were called to the shopping plaza that contained five businesses, including The Fireplace restaurant.

"That place has been a fixture here in the area for a long, long time," said Paul McNeeley. "The entire family worked, they knew everybody, everybody knew them."

Mike, Sharon and Jesse Buchanan were going to have their usual Sunday breakfast.

They got a call from a neighbor.

"We just figured we'd come take a look at it," said Mike Buchanan. "It's just terrible."

They say the hardest thing about losing a family-owned restaurant, is that they know the family, staff and cooks.

Twelve of them are now out of a job.

"We are going to miss breakfast," said Buchanan. "But what's going on with (the workers), they were going to go to work today."

Also lost were a pet supply store, a salon and a home lighting store.

Kern says firefighters told him they suspect the fire started in the lighting store, and spread through the plaza, hitting his restaurant last.

The state fire marshal is investigating the fire that took two hours to put out.

They told us they could not yet confirm a cause.

One firefighter was treated for heat exhaustion.