TAMPA, Fla. - A recent spate of wrong-way crashes has killed two drivers and put two more behind bars in the Tampa Bay area.

Late Thursday night, emergency responders in Riverview arrived at the scene of yet another fatal wrong-way crash, the fourth incident of its kind in just five days. According to FHP investigators, the driver of a white Acura was heading the wrong way on northbound U.S. 301 when he slammed into a woman in a Chevy pickup truck. The crash happened just south of Bloomingdale Avenue around 11:30 p.m.

Though hit head-on, the woman in the truck, 62-year-old Deborah Fordom of Riverview, is now recovering in at Tampa General Hospital. FHP says her injuries are serious, but non-life threatening.

The wrong-way driver, identified as 48-year-old Anthony Shaw of St. Petersburg, died at the scene.

The Florida Highway Patrol is working to determine if alcohol was a factor in the crash.

It’s just the latest incident in what’s been a dangerous week on Bay Area roads. Last Saturday 39-year-old  Aryail Marie Gomez was killed when she slammed into another car while driving the wrong way on I-275 near Wesley Chapel. That same morning, 19-year-old Connor Hall was charged with drunk driving after he crashed head-on into another car while going the wrong way on Courtney Campbell Causeway.

On Monday, an FHP trooper intercepted 28-year-old Marileydi Gonzalez-Meza as she drove in the wrong direction on the Veterans Expressway. Troopers say Meza was intoxicated and driving on a suspended license. They got her off the road before she hit anyone. 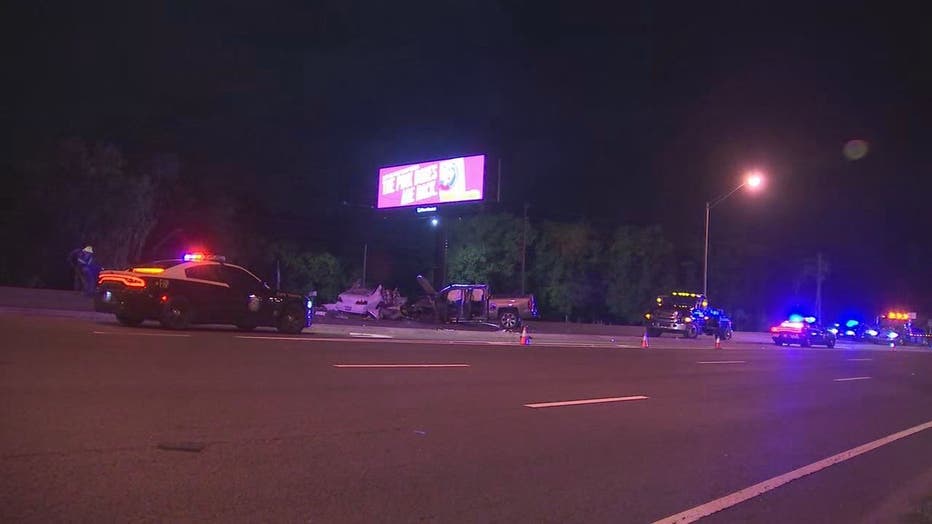 There are ways to lower your risk of being hit by a wrong-way driver. The Florida Department of Highway Safety and Motor Vehicles says to remember the phrase ‘Stay right at night’.

NTSB analysis of crash data shows wrong-way drivers typically appear in the far left lane, thinking they’re actually in the right lane. Avoid them by staying in the outside lanes. If a wrong-way driver approaches, slow down and try to pull off he road to your right.

The NTSB also says the number of drunk and wrong-way drivers increases exponentially at night. The majority of wrong-way crashes, 78 percent, take place between 6 p.m. and 6 a.m., with 11 p.m. to 5 a.m. being especially dangerous.

If you spot a wrong-way driver, call 911 to report it immediately so law enforcement can try to intervene before it’s too late.