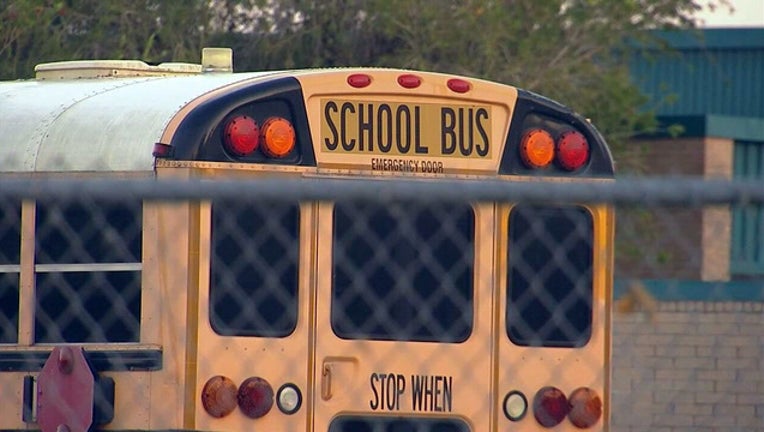 TALLAHASSEE (NSF) - House Republican leaders Wednesday outlined a proposal that would allow students who are bullied or suffer violence to transfer to other public schools or to receive money to attend private schools.

Speaker Richard Corcoran, R-Land O' Lakes, and his top lieutenants on education issues announced the proposal during a news conference at the Capitol, though a bill has not been filed and they did not provide details about key issues such as how the program would pay for students to attend private schools.

The announcement signaled that Corcoran --- a major supporter of school-choice programs --- likely will make the proposal a priority during the 2018 legislative session, which starts in January. It also could open another front in the noisy, decades-long debate in Florida about state programs that help send children to private schools.

Corcoran and other supporters said the proposal would help students who have been bullied, been in fights or suffered abuse at public schools to move to other schools. They dubbed the proposed aid to students as “hope scholarships.”

“Can school policy stop bullying from happening? Frankly, the answer is no. We have laws on the books for a myriad of things, but those happen still,” said Rep. Byron Donalds, a Naples Republican who will take the lead on the proposal. “What we're saying is, when an incident occurs, do we want the child to be trapped in the same school? And the answer to that, and I think everybody agrees, is no. We want to provide that child an alternative and a way to get out of the school.”

Under the proposal, Donalds said students and parents would report bullying and other incidents to their schools. After a 15-day window, they could move to other public schools or receive scholarships to attend private schools.

While a detailed plan was not released, Donalds said the program would not take money from the state's main public-school funding system, the Florida Education Finance Program, commonly known as the FEFP.

Corcoran said the private-school scholarships could work similar to the voucher-like Florida Tax Credit Scholarship program. In that program, businesses receive tax credits for donating money to organizations that, in turn, offer scholarships to send children to private schools.

Corcoran said he thinks the proposal is a first-of-its-kind in the country.

“When you put a kid in a good, safe learning environment, good results happen,” Corcoran said.