In his own words: WWII veteran remembers it all

THE VILLAGES, Fla. - Irving Locker’s backyard turtle preserve is what you would call his happy place. Just off his backyard in The Villages, at any moment you can spot a handful of the reptiles moving about the expansive field.

But these scenes, Locker explains as he points to a hole dug by a turtle, are also a window to the past.

"It takes me back, and I look at these holes, and my God, that’s how you lived," he explains. "In a foxhole."

Serving in the second world war at age 20, living in a fox hole was Locker’s reality.

"We lived in the ground," he said. "People have no idea. We had no toilets, no sinks, no showers." 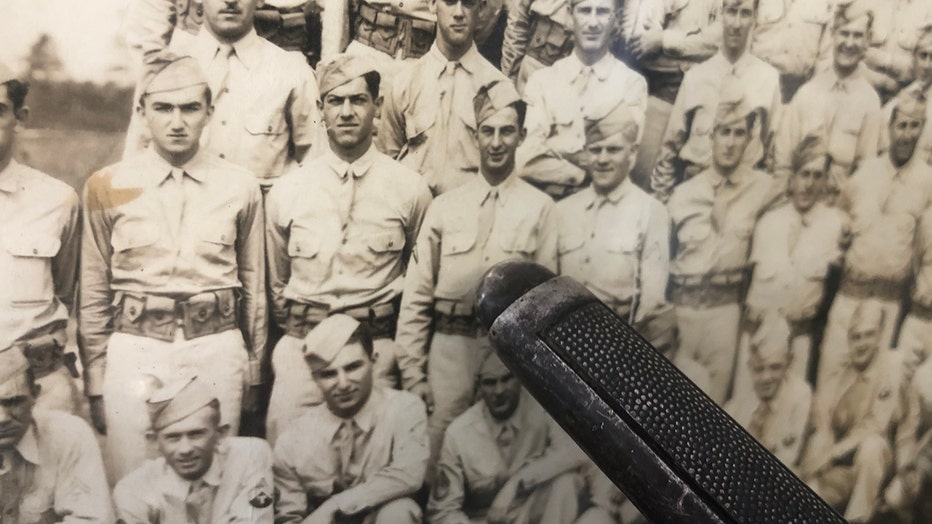 It was December of 1944, nearly 77 years ago. Locker had just survived D-Day months before, landing on Utah Beach with his gun battalion. To this day, he can recall the chaos of the wounded on the beach.

"They were crying, ‘Help me, help me,’ but you couldn’t stop," he said. "You had orders not to stop. You had to get off that beach."

See the pictures: US troops far from home celebrate Thanksgiving across the world

Locker was a staff sergeant with the 116th AAA Gun Battalion of the 1st Army’s 7th Corps. His battalion’s job during history’s largest amphibious invasion was to get in quickly and set up their 90mm guns to protect the rest of the allies arriving on the beach. 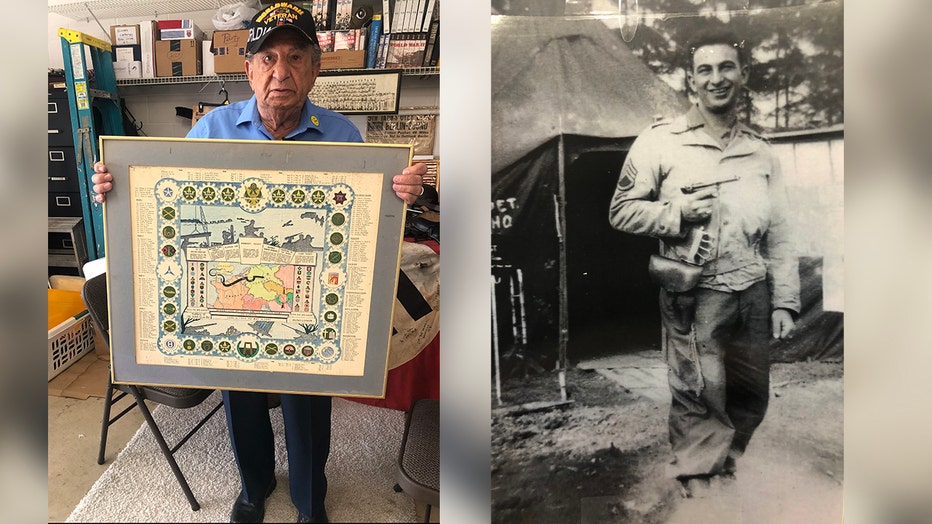 "[German General Erwin] Rommel was going to put tanks on the beach, as far as we were told," he said. "That’s why we went in with such powerful guns. We had the only guns that could go through the armor of a German tank."

The allies surprised the Germans on June 6, but the tables would be turned with Hitler’s surprise attack on the Americans in December 1944 – the Battle of the Bulge.

"The worst winter in the world, that Germany has seen," Locker recalls. "The ice and the snow. And we were not prepared for it. Our boots were wet, well what did you do with them? You know how many men got diseases and infections? Many." 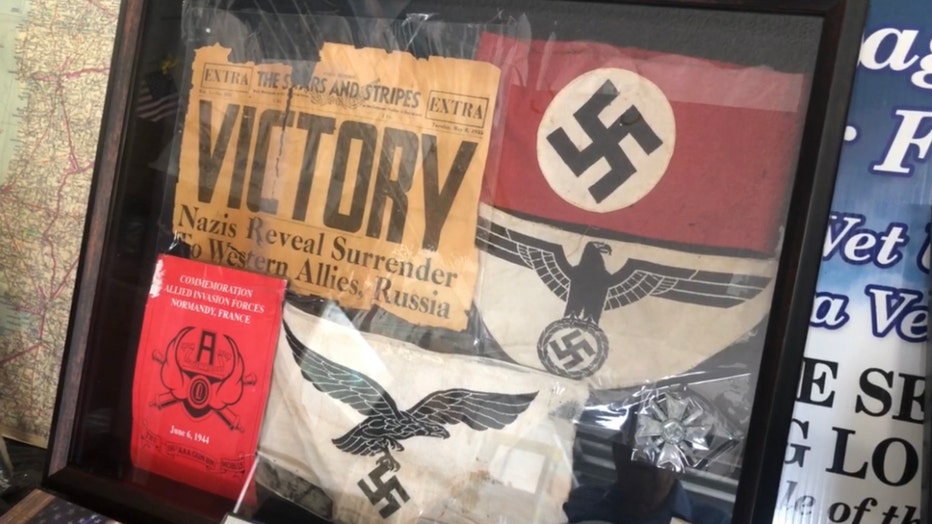 For Irving, it was frostbite, the chronic remnants he still deals with today.

"I am 97 years old, but I still take medicine every day because my hands lock – when I get rain or cold weather here, I can’t do it."

But it wasn’t just frostbite he came home with.

"They all carried daggers like this… and this is a German Luger," he shows me, explaining how he came across the German pistol that became a prized souvenir for any Allied troop during World War II.

"It was unbelievable when I came across this," he said. "We carried rifles, not pistols, but once I got this, they let me carry it. It came off of a German pilot who we shot down. He was dead, and the handle on the gun was actually broken. Eventually, I had the Germans make me a new handle on the gun, and they engraved my name on it."

Inside his garage, Locker has a treasure trove of memorabilia from the war – a Nazi flag taken from Berlin in 1945, a German belt buckle with a swastika, and old newspapers from throughout the war.

At 97, he says he’s just lucky he’s still around to tell the stories.

"The expression of all we’ve got is today, make the best of it and enjoy it, works out very true in those days as it does now."