A powerful lightning strike during the storms Wednesday morning left a gaping hole in a Fort Worth parking lot.

FORT WORTH, Texas - A powerful lightning strike during the storms Wednesday morning left a gaping hole in a Fort Worth parking lot.

The Fort Worth Fire Department said it happened just after 6 a.m., near a Chevron gas station on Shadydell Drive and Boat Club Road.

The parking lot that is shared by the gas station and a strip center now has a hole that’s about 15 feet wide and 3 feet deep, according to Fort Worth FD spokesman Mike Drivdahl.

Surveillance footage caught the strike that left a massive hole in the concrete. 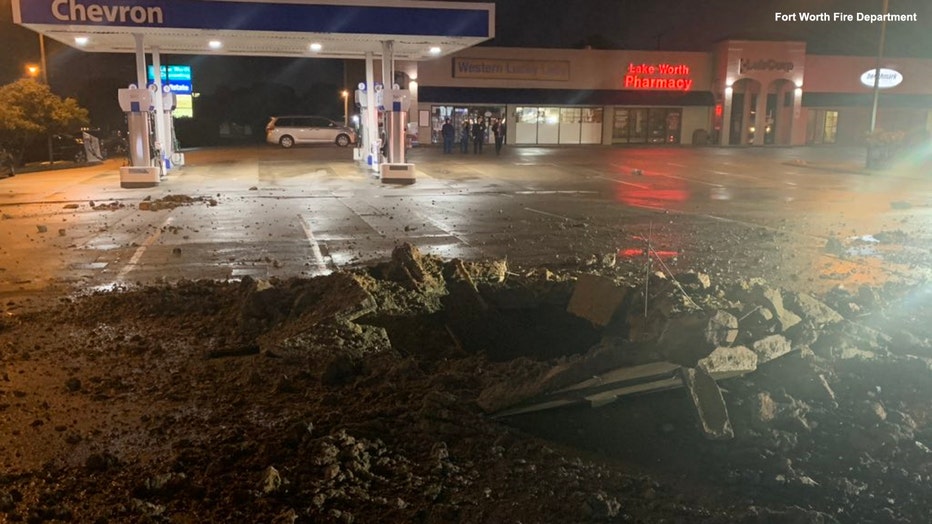 Visitors stopped by all day Wednesday to see the damage for themselves.

The blast comes on the 81st anniversary of “The War of the Worlds” radio broadcast, the one where a strange cylinder falls from the sky and aliens emerge from the ground and attack.

Texans put their own spin on this one.

“When I drove by, I was like, 'Wow,'” onlooker Don Thomasson said.

A security camera at the Chevron captured the blast.

The lightning strike blew a 400-pound diesel pump out of the ground. 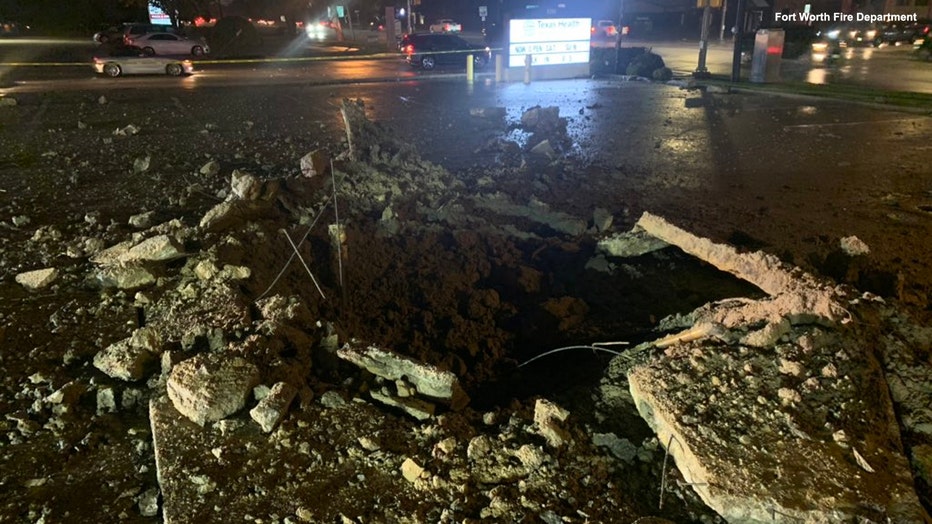 Inspectors with the Texas Commission on Environmental Quality were on hand to make sure there was no leak.

Asphalt and debris landed some 65 feet away. Luckily, no one hurt. 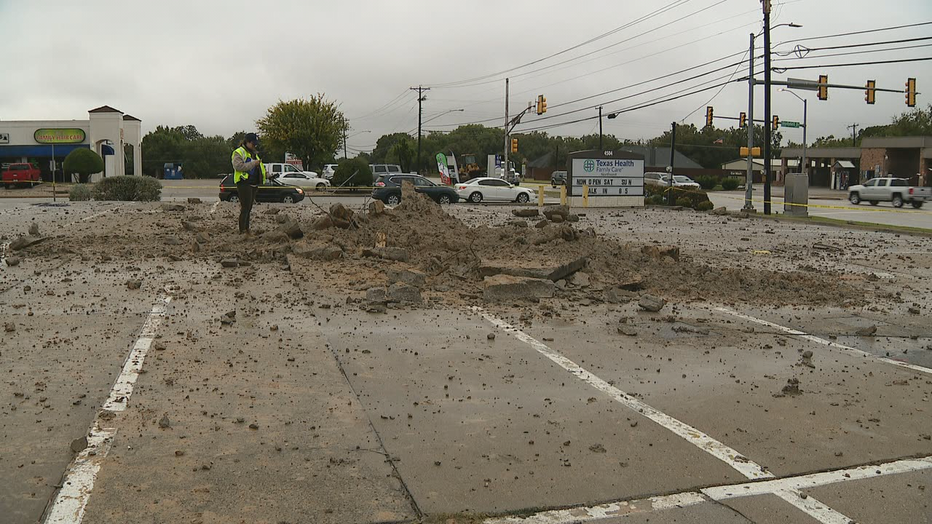 Wendy Jimenez was working inside a nearby donut shop when the bolt hit.

“It was like ‘boom.’ I looked at him, we looked at each other, and was like, ‘What was that?’” she recalled.

Images of the crater blew up on social media, sparking some colorful commentary.

One FOX4 viewer turned it political, with “Democrats, this is the power of God.”

Another said, “Folks, lightning strikes like this are how War of the Worlds started. Stay vigilant.”

Michael Gilliam has another theory.

“I was thinking like aliens came down or something,” he said.

Others think it’s an ancient creature awaken from slumber, or even the mighty Thor causing the commotion.

But alas, it was only the passing storms of the morning having a little fun on Halloween eve.

Again, thankfully, no one was hurt.

But the parking spots will be out of commission for some time.

An early-morning lightning strike left a large hole in the parking lot of a northwest Fort Worth shopping center. Fire department spokesman Mike Drivhahl joined Good Day on the phone to talk about it.