TAMPA, Fla. - A Florida lawmaker wants to make crossing the street safer for pedestrians with a proposal to change flashing yellow light crosswalks into traffic lights.

People who walk on the street in Tampa shared with FOX 13 their own experiences.

“I press the button, the flashing yellow will go off. I'm getting ready to cross the street and cars will just keep driving,” said Brittany Ireland of Tampa.

In 2017 a woman was hit by in a car while she was in a crosswalk on Fletcher Avenue. And in 2019, a car slammed into a bicyclist while he went through a crosswalk in Pinellas County. At both scenes, the crosswalks were marked with flashing yellow lights.

“The bill basically says that flashing yellow crosswalks don't work. If we want to have pedestrian-only crosswalks, the lights should turn red,” said Rep. Fine.

He said the bill would replace all flashing light crosswalks with stop light crosswalks. When you push the button, the light would turn red, allowing pedestrians to cross. Then the light resumes green for traffic.

“It's a traditional crosswalk but only activated upon the push of a button,” said Rep. Fine. “It wouldn't be like your traditional traffic light that turns red and green and red and green on some kind of schedule. It would only be upon request.”

Since drivers know that red means stop, pedestrians said it would make a difference.

“If they go ahead and change it to red, it would be more efficient and safer for the community,” said Ireland.

One thing lawmakers will have to consider is the cost to change existing flashing yellow light crosswalks.

The bill still has a long way to go before it comes for a full vote, but it would take effect in July if it passes. 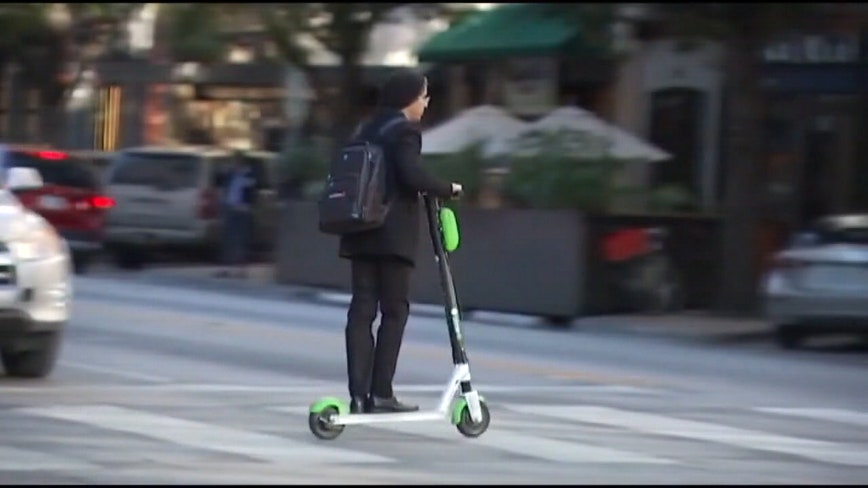