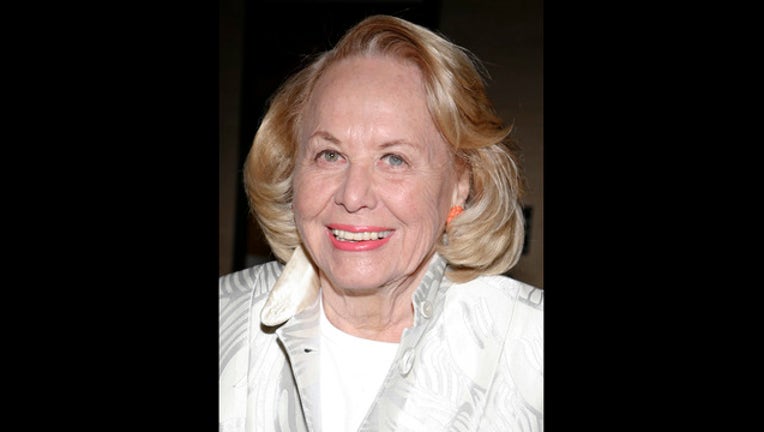 Liz Smith, the syndicated gossip columnist whose mixture of banter, barbs, and bon mots about the glitterati helped her climb the A-list as high as many of the celebrities she covered, died Sunday at the age of 94.

For more than a quarter-century, Smith's column - titled simply "Liz Smith" - was one of the most widely read in the world. The column's success was due in part to Smith's own celebrity status, giving her an insider's access rather than relying largely on tipsters, press releases and publicists.

With a big smile and her sweet southern manner, the Texas native endeared herself to many celebrities and scored major tabloid scoops: Donald and Ivana Trump's divorce, Woody Allen and Mia Farrow's impending parenthood. One item proved embarrassingly premature: In 2012, she released a column online mourning the death of her friend Nora Ephron. But Ephron, who was indeed gravely ill, did not die until a few hours later and an impending tragedy that Ephron had tried to keep secret became known to the world.

Smith held a lighthearted opinion of her own legacy.

"We mustn't take ourselves too seriously in this world of gossip," she told The Associated Press in 1987. "When you look at it realistically, what I do is pretty insignificant.

After graduating with a degree in journalism from the University of Texas, Smith recalled buying a one-way ticket to New York in 1949 with a dream of being the next Walter Winchell.

But unlike Winchell and his imitators, Smith succeeded with kindness and an aversion to cheap shots. Whether reporting on entertainers, politicians or power brokers, the "Dame of Dish" never bothered with unfounded rumors, sexual preferences or who's-sleeping-with-whom.

"When she escorts us into the private lives of popular culture's gods and monsters, it's with a spirit of wonder, not meanness," wrote Jane and Michael Stern in reviewing Smith's 2000 autobiography, "Natural Blonde," for the New York Times Book Review.

But it may have been the question of her own sexuality which kept her from discussing that of the stars. A subject in the gay press for many years, Smith acknowledged in her 2000 book that she had relationships with both men and women, and confirmed a long-rumored, long-term relationship with archaeologist Iris Love.

Born Mary Elizabeth Smith in Fort Worth, Texas, in 1923, she was the daughter of devout Baptist mother and an eccentric father. Smith said her dad received his divine inspiration more from the race track than the pulpit.

As a young girl, Smith quickly fell in love with the silver screen, since movies were one of the few things her mother did not consider a sin.

After a brief marriage while attending Hardin-Simmons University, Smith earned her journalism degree and headed off for New York with two suitcases and $50.

Smith ultimately wrote for nine New York newspapers and dozens of magazines, but it was a stint writing for Cosmopolitan that led to her break. While establishing herself as an authority on Elizabeth Taylor and Richard Burton, Smith attracted the attention of the New York Daily News.

She started her own column at the tabloid in 1976. A gossip star was born.

In 1978, during a strike at the News, Smith helped usher in the era of celebrity journalism on television by joining WNBC-TV for three nights a week commentary. Ten years later she jumped to Fox, and she later did work for the cable channel E! Entertainment Television.

During that time, Smith migrated from the News to the rival New York Post and finally to Newsday, ultimately earning salaries well into six figures. Her column was syndicated nationwide, drawing millions of readers.

She was married a second time, but it was also short-lived.

In between all the parties, movie premieres and late-night soirees at celebrity hangouts like Elaine's, Smith found time to host an ever-widening array of charity fund-raisers.

She raised money for groups such from Literacy Volunteers, which teaches adults to read and write, to the Women's Action Alliance, which promotes full equality for women.

She is survived by several nieces and nephews. A memorial service will be held to honor her this spring.