TAMPA, Fla. - Hillsborough County commissioners voted Wednesday to extend the local state of emergency for an additional seven days amid news that nearly 2 out of 3 COVID-19 cases in Florida are variant strains of the virus.

An expert from University of South Florida told commissioners that local health officials are seeing infections increasing in every age group. After a rapid decline from the holiday surge, new cases have been rising over the past four weeks.

The state saw roughly 2,000 fewer daily cases four weeks ago, marking a 44% increase in new infections over the past four weeks. 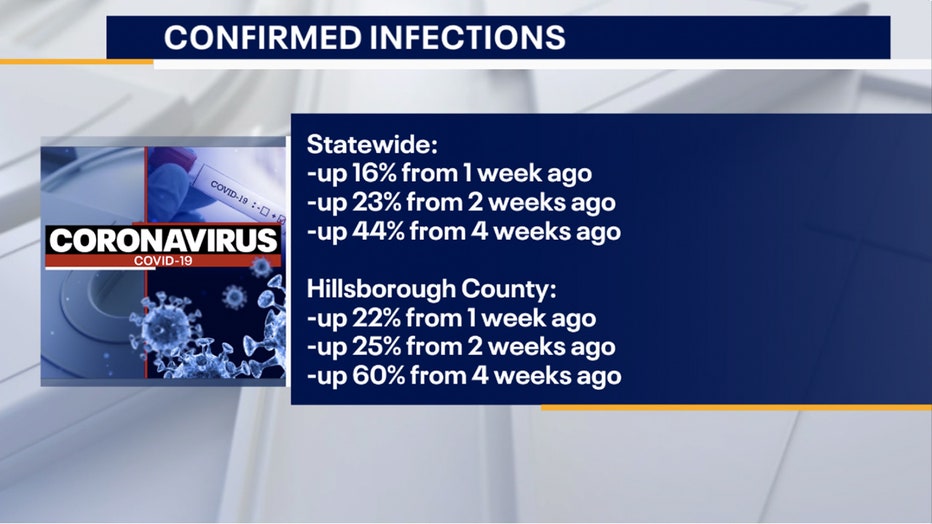 It's a similar trajectory in Hillsborough County, according to Dr. Jason Salemi, associate professor at USF's College of Public Health.

"Now we're at about 517 new cases per day. We had about 200 fewer daily cases four weeks back, so that's a 60% increase in new infections in the past four weeks," he told commissioners Wednesday.

The most recent data reveals that Hillsborough is one of only nine Florida counties with a weekly positivity rate higher than ten percent. 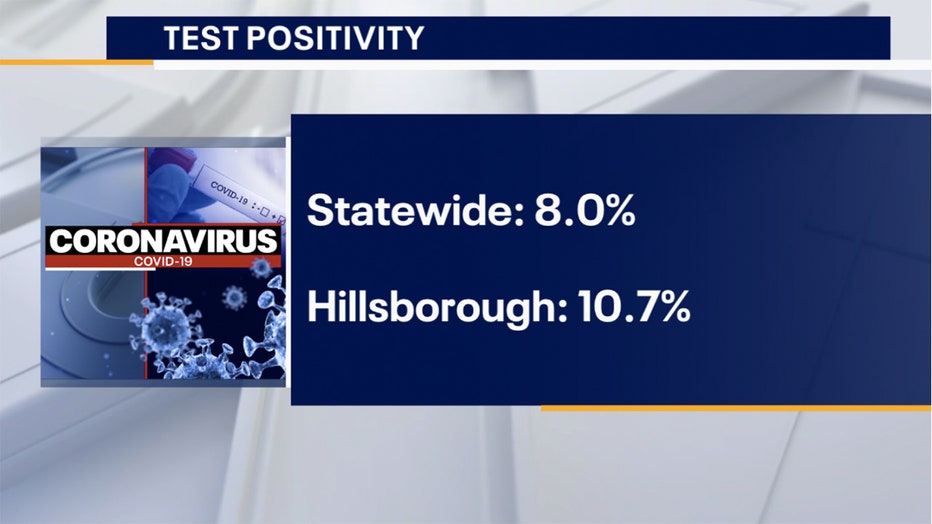 And it's not just infections that are going up. Dr. Salemi pointed out.

His office reports a 22%increase statewide in the past four weeks alone. That's up 8% in terms of people currently hospitalized with COVID-19 from just one week ago.

"In Hillsborough County we're up by about 54 people in just the past four weeks," Dr. Salemi told commissioners. "The likely increase in cases more recently is a combination, in my opinion, of relaxed social mitigation efforts, collectively. A lot of people are doing right things, but there is a massive amount of COVID fatigue."

"I think things like spring break and kind of, more people wanted to get out there, I think there is a relaxation collectively of mitigation efforts," he added. 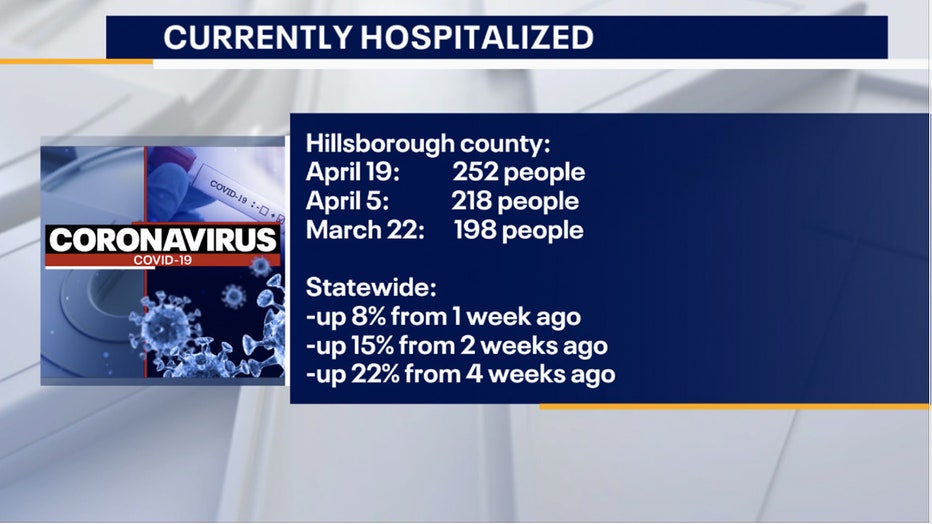 Despite the increase in people currently hospitalized with the coronavirus, officials say hospital systems are operating normally with no capacity issues.

Salemi said there are two major priorities at this point. Number one is to remove barriers to people's ability to get vaccinated. Number two is to bear down on mitigation efforts, "because when you couple relaxed mitigation with the increased prevalence of these more transmissible varients," Salemi explained, "it's likely that this is why we're seeing not only an increase in cases over the past four weeks but also increases in hospitalizations."