COQUINA BEACH, Fla. - Monday was an exciting morning on Coquina Beach in Manatee County. Crowds watched as volunteers tagged and released a loggerhead turtle after she laid her eggs.

The loggerhead's nest is one of more than 270 sea turtle nests marked off on Anna Maria Island right now. The eggs were laid last night by the loggerhead named Esther by scientists who will now track her movements in the Gulf of Mexico.

After she laid her eggs, scientists worked to take measurements, tag her, and affix a special tracker to her shell.

This will let scientists see where she goes for the next 2-5 years and give them a better understanding of the loggerheads range and nesting grounds. 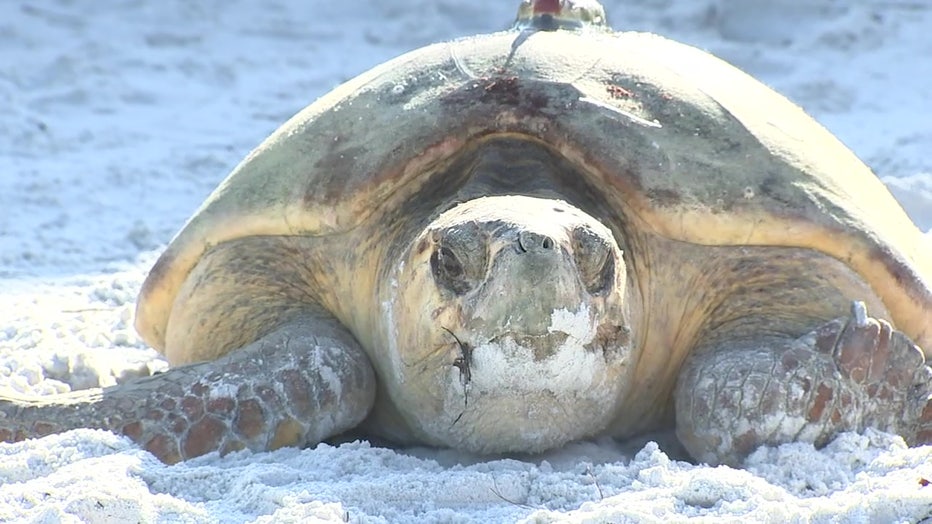 Esther was eager to get on her way Monday morning as the Coquina Beach crowd cheered her on.

Sea turtles nest between three and six times a season, so Esther could certainly be back on the Manatee County beach again this year. 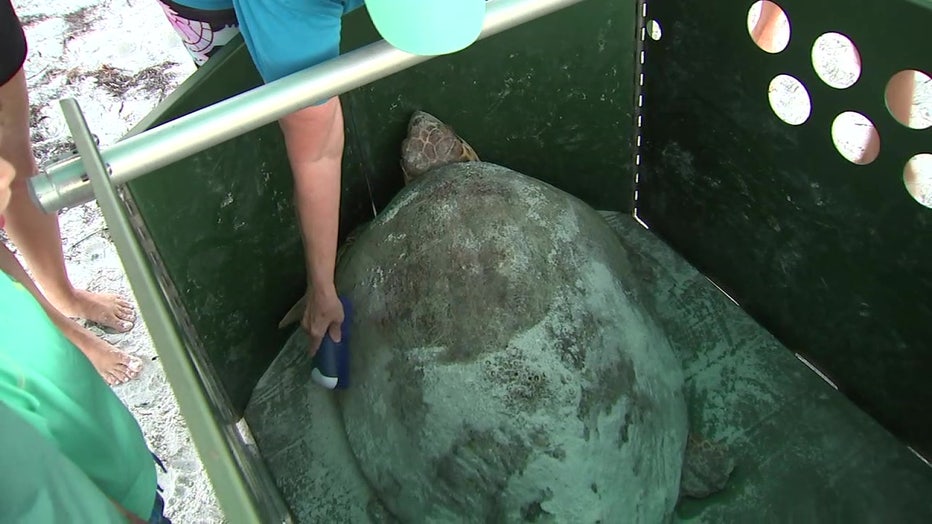 To help protect mother turtles like Esther and their hatchlings, conservationists say it’s important for beachgoers to clean up after a day at the beach and even out the sand after building castles or digging holes. 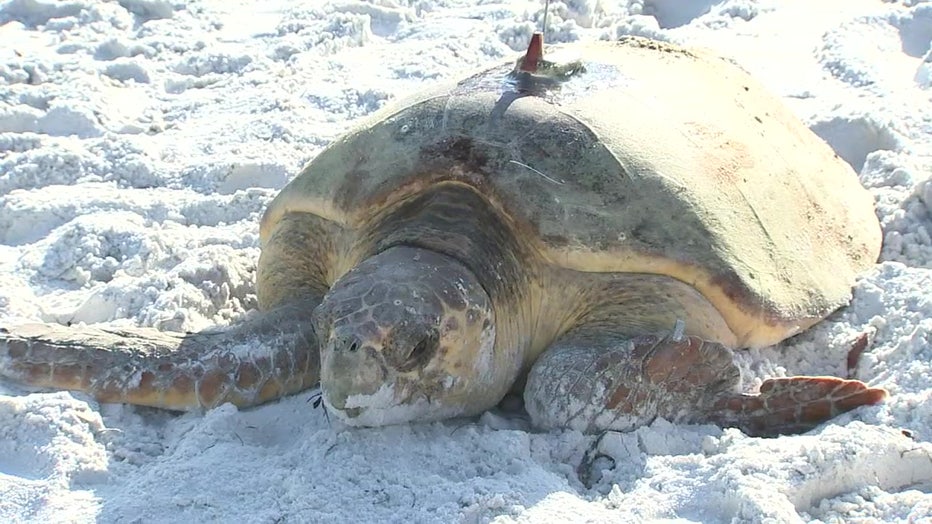 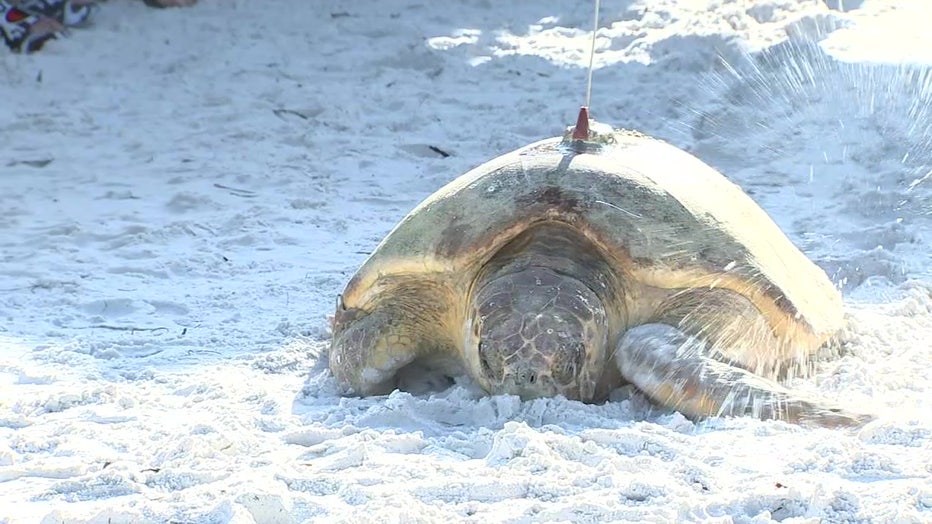 Lights are another no-no at night on the beach. Even the light from a cell phone can scare a mom off or lead hatchlings astray.

Anyone who happens to see a turtle on the beach is asked to keep their distance and enjoy the beauty of nature.