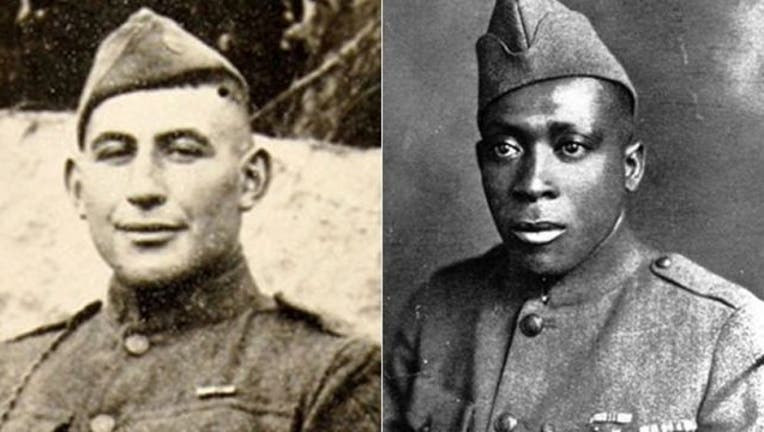 He fought them off until he ran out of ammunition, then used his rifle as a club, before taking on the rest hand-to-hand, with his bolo knife, eventually sending the enemy troops fleeing.

Help didn't arrive until morning, on May 16, 1918, when Johnson, a member of the all-black "Harlem Hellfighters" 369th Infantry Regiment, was found badly wounded and near death.

Just 21 at the time, Johnson would survive another decade before succumbing to alcoholism, his wartime heroism unrecognized and forgotten. He died broke and estranged from his family in an Illinois veteran's hospital.

On June 2, Johnson and Sgt. William Shemin, a Jewish soldier who bolted from the trench his platoon was dug into, ran into heavy enemy fire to save a wounded comrade, will finally be recognized for their bravery and service with the Medal of Honor, at a ceremony that is part of an ongoing effort to honor soldiers who may have been passed over due to race or religion.