The Houston-area Cracker Barrel manager, who died trying to protect one of her employees during an attempted robbery at the restaurant, was being remembered by loved ones at the place she loved the most.

HOUSTON - Loved ones gathered Sunday to remember Robin Baucom at the place she loved the most. The Cracker Barrel manager died trying to protect one of her employees during an attempted robbery at the north Harris County restaurant.

"The greatest love a person can have is giving their life for another person; and that’s exactly what she did," said Billy Crumpton, Baucom's brother.

A selfless and heroic act from the woman described by her brother Billy as a loving mother, wife, sister, and grandmother.

59-year-old Baucom was shot and killed Saturday morning as she arrived at Cracker Barrel off I-45 and Airtex, where she’d worked for more than three decades.

"She came to work like she always does. Car drove up there and stole a purse from the worker she was letting come in the store. She pushed the worker into the store and was wrestling with the guy trying to get him away so she could shut the door and lock it. And he stuck a gun up there and shot her," Crumpton said.

"She was a protector. Not only with her family but with the ones she worked with. She protected the workers and gave her life for them," Crumpton said.

On Sunday, dozens of Baucom’s family, friends, and coworkers gathered outside the restaurant at sunset, lighting candles in her honor and releasing blue balloons one-by-one into the sky.

Crumpton said their family is heartbroken. 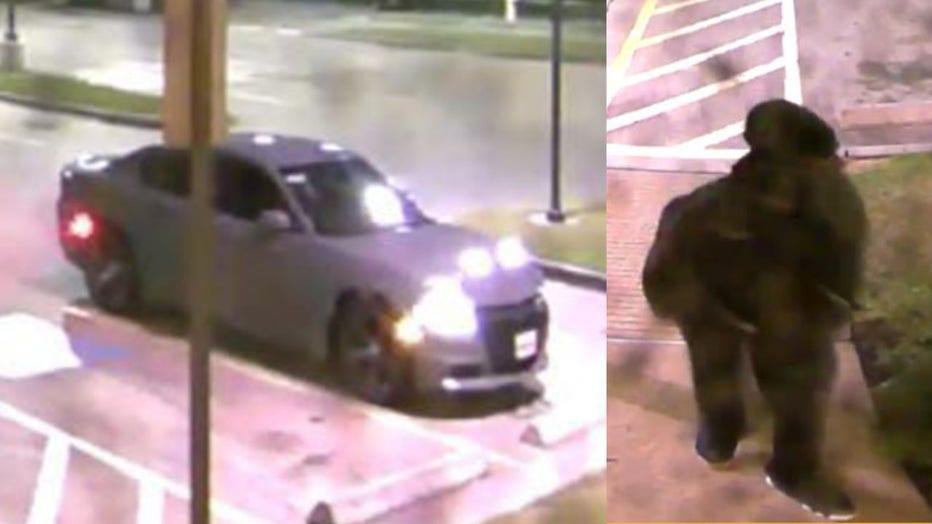 Harris County Sheriff Ed Gonzalez released these images of the suspect and suspect vehicle in the death of Cracker Barrel manager Robin Baucom.

Harris County Sheriff Ed Gonzalez believes there were at least two suspects in a gray Dodge Charger that got away.

So far, no arrests have been made.

Anyone with information on the whereabouts of these suspects should call HCSO;s Homicide Unit at 713-274-9100Crime Stoppers at 713-222-TIPS.