TAMPA, Fla. - Prosecutors say Jerome Knight was on a one-man crime spree between December 22 and January 21, 2021.

In that time, they say the 19-year-old killed three people and afterward, took off for Michigan.

He was caught by authorities and brought back to Tampa. On Tuesday he faced a judge.

Knight shook his head during his first appearance and seemed fidgety at times.

In court documents, investigators say the first victim was found dead in a car in the parking lot of the Progress Village recreation center.

A few days later, Knight was allegedly seen at Circle K on Balm Riverview Road and got into a verbal altercation with a customer. 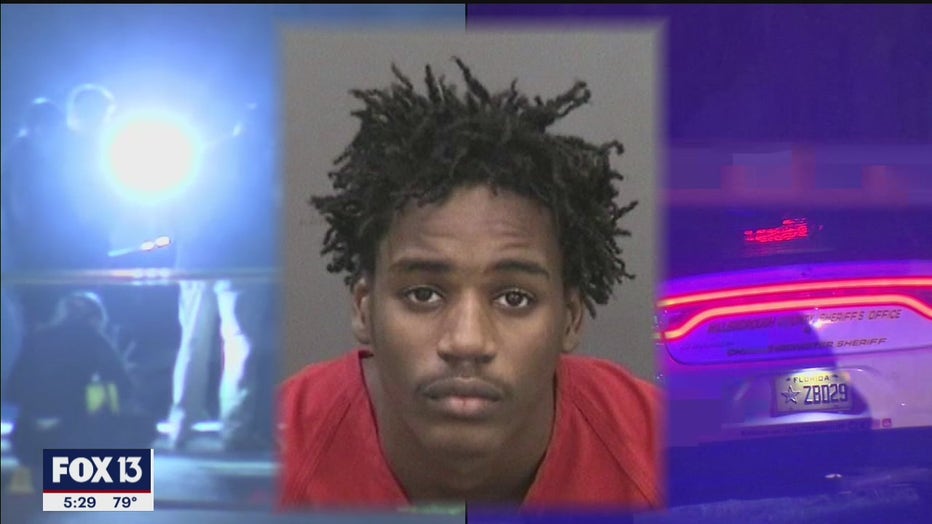 Investigators say Knight grabbed a gun from his car and shot into the victim’s car. The two children inside were not injured.

Days after that, detectives discovered two people dead outside a business on Pelican Creek Circle in Riverview.

Prosecutors say the murder victim at Progress Village and the two on Pelican Creek Circle were the results of botched drug deals and they linked Knight to the crimes.

Knight now wants out of jail and a bond hearing has been scheduled for next Tuesday. He faces three counts of first-degree murder, robbery with a firearm, aggravated assault, and shooting into a vehicle.