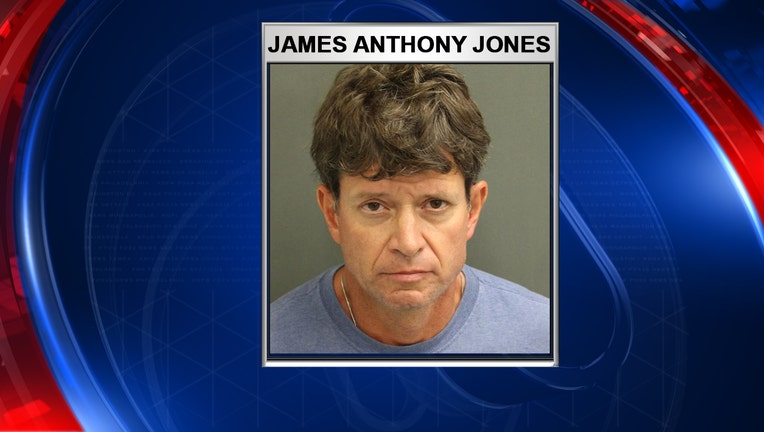 LAKE MARY, Fla. - A guest at Walt Disney World Resort was arrested on Wednesday and faces accusations that he inappropriately touched a child during a visit to the Magic Kingdom.

James Anthony Jones, 50, of Orlando, is charged with one count of lewd and lascivious molestation of a child under the age of 18.  Deputies with the Orange County Sheriff's Office say they have reason to believe Jones may have been involved in a second incident in which there was inappropriate contact with a minor at the park on the same day.

The alleged incident for which Jones is charged is said to have happened in Ye Old Christmas Shop early Wednesday evening.  Deputies said a child notified a parent that there was contact with a man who was later identified through security cameras as Jones.

While deputies were investigating, a second incident is alleged to have occurred inside the Haunted Mansion ride.  A child informed a parent that there was inappropriate contact with "an older male with glasses and gray hair" in the "stretch room" preshow area of the attraction.

Disney Security officers located Jones and notified deputies who then questioned him about the allegations and showed him video taken from surveillance cameras from inside the Ye Old Disney Shop.  Deputies said Jones consented to the collection of a DNA sample. They said Jones had a "Piglet" character plush toy and candy, which they also collected before taking him into custody.

"At this time, due to the close time frame and nearby location of both molestation cases, it is believed that the defendant is also the suspect in the Haunted Mansion incident," a deputy wrote in a heavily-redacted arrest affidavit.

The case remains under investigation.