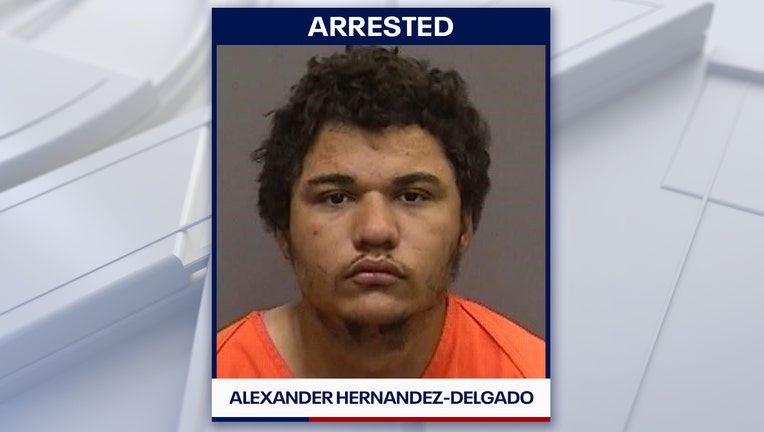 DOVER, Fla. - A man is accused of breaking into Dover home and stabbing a puppy with a machete, the Hillsborough County Sheriff's Office said.

Alexander Hernandez-Delgado, 25, was arrested on aggravated animal cruelty with a weapon, armed burglary of a dwelling and petit theft, according to HCSO.

Deputies said they responded to a home in the 12000 block of Wheeler Road in Dover after a residential burglary. The victim told deputies that they saw the suspect walking away from their home wearing one of their hats.

The victim also told deputies that the suspect ate food and threw various items around the home before leaving, the sheriff's office said.

Deputies said they learned the suspect came into the house through a door in the living room that was left unlocked. The victim's puppy was also found dead in a crate next to the door, according to investigators.

"This suspect has a history of violent behavior in the area, and it is vital that he’s held accountable, so he can’t continue to harm any innocent person or animal," Hillsborough County Sheriff Chad Chronister said.

Hernandez-Delgado was found across the street at a Dollar General store on Valrico Road, HCSO said. He admitted to being inside the home and was arrested.

The suspect is being held in the Falkenburg Road Jail under a $50,000 bond.