BARTOW (FOX 13) - A Polk County man was arrested for raising money for a fake charity advertised to benefit veterans, according to the Assistant State Attorney's Office.

Christopher Edwards, 49, ran the alleged organization called Power to our Vets, which he claimed helped veterans with their electric bills by selling solar power to companies in the Bay Area, according to State Attorney Brian Haas.

All of it was apparently a lie.

"There were never any solar panels and there was never a real charity. It was a complete scam," explained Haas.

Edwards claimed to have business relationships with agencies including TECO and Duke Energy, Haas announced in a media release.

Edwards is accused of creating social media accounts and a website to promote fundraising events for the fraud charity. He sold raffle tickets but apparently never awarded the prize winners.

One of Edwards victims is Scott Owens. Owens is a disabled vet who says Edwards promised to pay his power bills, but instead he bounced two checks and litterally left him in the dark.

"He never took care of it and the power company shut my power off," said Owens.

Records show he held a raffle for a Harley Davidson motorcycle in March 2016, where he likely sold thousands of dollars in ticket sales, but the winner was never able to claim his prize, despite paying the sales tax on the bike.

Casey McKibben with Mckibben Power Sports in Winter Haven was tricked into holding a Honda for one raffle but the motorcycle just sat in the store for over a year losing value.

"We probably lost a few thousand dollars in flooring expenses as well as sales," said McKibben.

In November, Edwards is accused of holding the same raffle and the same person won, but again, never received the prize.

Investigators discovered he would deposit the money collected from businesses and the community into his own bank accounts.

The state attorney office said Edwards stole thousands of dollars but identified $46 was donated to a veteran by Edwards. There could be other victims, officials say. Those who they could have been scammed should contact the state attorney's office and speak with Steve Menge, an investigator, at (863) 534-4920. 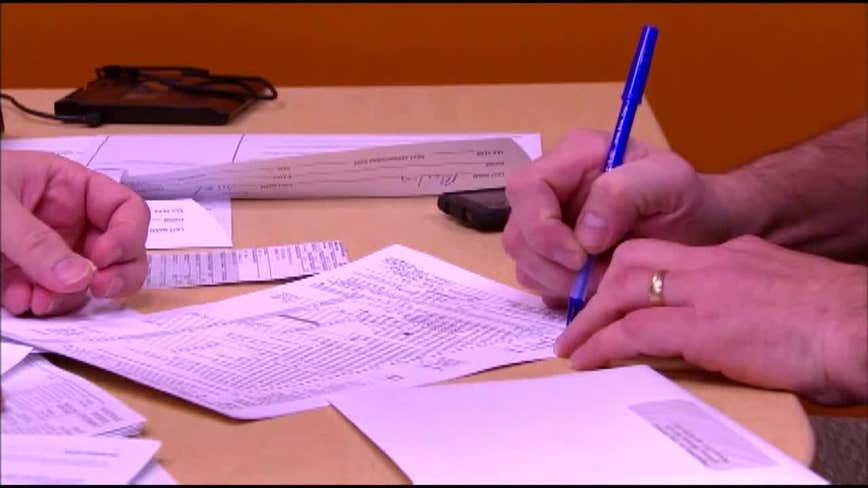