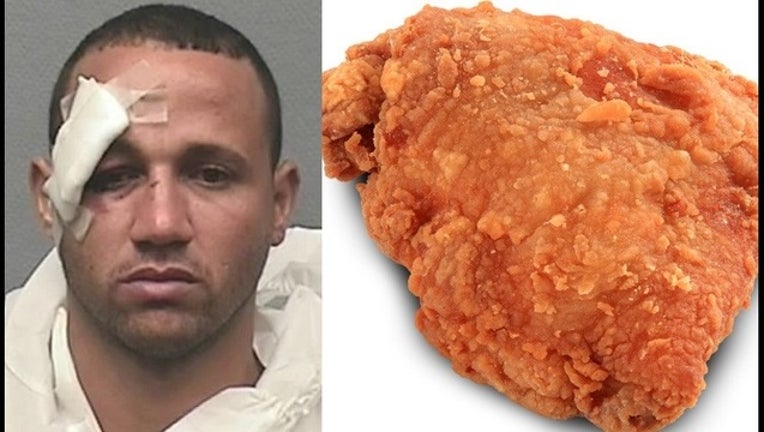 HOUSTON (FOX 32 News) - A man has been arrested and charged for allegedly stabbing a friend to death for taking the last piece of chicken at dinner, according to a report.

Reinaldo Cardoso Rivera, 38, has been charged with murder after police say he killed 34-year-old Darwin Perez Gonzalez on October 30.

According to police, five men were eating and drinking in an apartment when Gonzalez took the last piece of chicken. Rivera then became angry, started an argument, and eventually both men went outside to have a fist fight.

During the fight, police say Rivera pulled out a knife and fatally stabbed Gonzalez. He then fled the scene, but later returned and admitted to police what he had allegedly done.