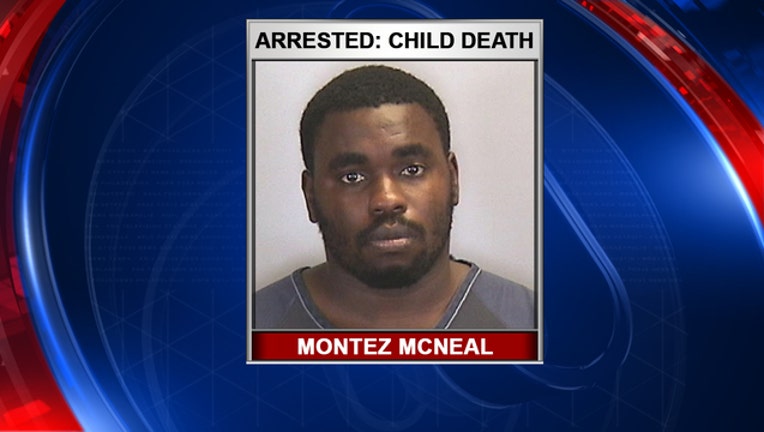 BRADENTON (FOX 13) - Manatee County detectives have arrested 25-year-old Montez McNeal in connection to the death of a 1-year-old boy.

Monday evening at approximately 11:40 p.m., deputies responded to a call at the 3300 block of 4th St. East in Bradenton. They discovered 1-year-old Ethan Thompson unresponsive. The child was transported to the hospital where he was pronounced dead.

Detectives investigated further, and determined that the child was physically abused by McNeal and that the injuries from the abuse contributed to Thompson's death.

McNeal is the husband of the child's mother. Four other children, ages six months to 12 years, were living at the residence and have been put in protective custody.

The mother has not been charged.