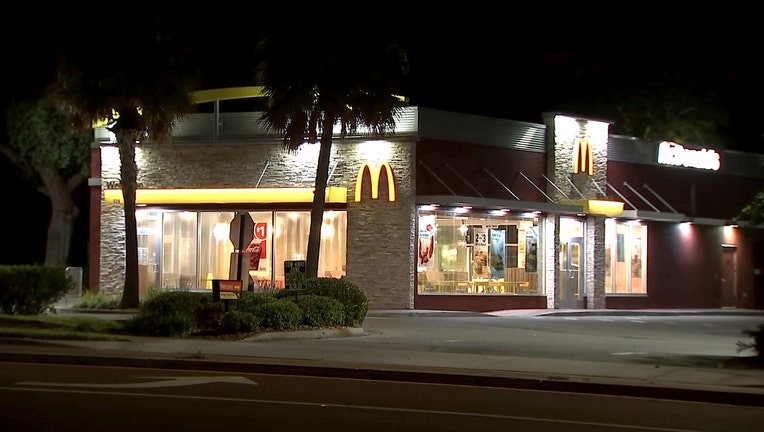 CLEARWATER, Fla. - Clearwater police are investigating the death of a man accused of causing a disruption inside a McDonald’s.

Around 6:15 p.m. Monday, Clearwater police responded to the fast-food restaurant, located at 539 South Missouri Avenue, after receiving report of a disturbance. They received a report that a black male subject was being violent and possibly under the influence of an unknown substance, they said.

The man was being physically restrained by an employee after he attempted to jump over the front county. When officers arrived, they said they “quickly secured” the man, but didn’t provide additional details on how.

Paramedics also responded, and as he was being evaluated, he became unresponsive, police said. He was taken to Morton Plant Hospital where he passed away.

The events leading up to his death remain under investigation. The man’s identity has not been released.