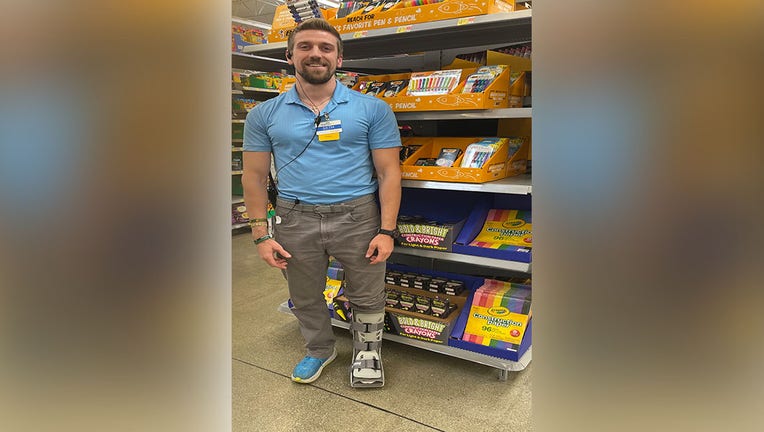 CANTON, Ohio - Career changes are nothing new for many looking for a fresh start and opportunity. And this was the impetus for a former teacher who decided to take a leap of faith to try something else.

Seth Goshorn taught for nearly six years as a teacher in northeast Ohio, including four years at Warstler Elementary School, per his Linkedin bio. He left the education field for a job with Walmart in Massillon, Ohio.

Goshorn told FOX Television Stations that he made a little over $43,000 last year teaching. A 2022 report from the National Education Association Rankings & Estimates shows that the average teacher salary for the 2021-22 school year was $66,397.17, which is 1.7% higher than the year before. But with teacher salaries adjusted for inflation, they’re making $2,179 less than they did 10 years ago.

The former educator said Walmart offered him more money and opportunities to move up "without having to go into more student loan debt to get an advanced degree."

Goshorn works as a stocking coach at Walmart and tells FOX his responsibilities include ensuring delivery trucks are unloaded. He also assists colleagues with getting merchandise into the stores. According to Walmart’s career page, the salary range for coaching roles is $55,000-$80,000 per year.

"I’m using my teaching background a lot more than before at Walmart. I make a lesson plan that includes goals, and what we (the team) are going to accomplish on that day and making a list and agenda. I like to play to the strengths of the store associates to get the best out of them," he said.

When the 28-year-old decided to leave teaching, he posted a TikTok video to share his personal story with the caption: "Leaving teaching after 6 years to be a manager at Walmart and make more money not using my degree." He explained what motivated him to create the trending post.

"I’m a big social media person. I had my Walmart polo on and I was trying to think of something to capture people’s attention – it was more successful than I thought it would be. Media people, other teachers, and friends were commenting and asking questions. What started as a fun video ended with me bringing light to teachers being underpaid and the opportunities at Walmart," he explained.

Goshorn offered advice for anyone considering a career change, emphasizing that it’s never too late to find the right fit.

"Explore your options to see what’s out there and try Linkedin. I broke my foot, and I had more time on my hands to search for jobs. I’m a big pros and cons person, so I looked at the benefits of teaching and working at Walmart. You could see the pay scale in teaching, and I did the math and felt the opportunities were there for me at Walmart. I worked retail in high school and college, so transitioning to Walmart wasn’t a big adjustment. It’s never too late to see what’s out there. Sometimes you have to put yourself out there to find the right career," he said.