BARTOW (FOX 13) - A man seen jovially molesting dolls in a Facebook video has now been accused of trying to extort nude photos from a Polk County teenager.

Deputies say it was last Thursday when the 13-year-old victim told her school resource officer that someone initially pretending to be a teenage girl contacted her through the messaging app Kik and eventually threatened to rape or kill her if she did not send nude photos of herself.

Detectives were able to track down the KIK username and cell phone to Steven Wayne Reid.  Deputies in Georgia raided his Acworth home Tuesday.  They say he was seen removing the battery from his cell phone and attempting to get rid of the SIM card as they entered.

Inside, they say they found handwritten notes with the KIK username on it and other references to KIK users.

The sheriff's office also shared a link to a Facebook video apparently uploaded by Reid.  In it, he is seen hitting and making sexually suggestive comments to dolls and other children's toys in an unidentified store.

"Tinkerbell, how are you doing?  What you got up under there," he laughs as he lifts the doll's skirt in the video.

After his arrest, the 31-year-old allegedly admitted to extorting the Polk County girl, and that he knew she was under the age of 18.  He faces several charges including extortion and use of a computer to seduce a child, and transmission of material harmful to a minor.

More could be coming as the investigation continues; detectives say he admitted victimizing "15 or 20" other girls.

"This guy is a predator," Sheriff Grady Judd stated.  "He is a nasty, stinky child predator that's dangerous for all of society...we want him locked up for a long time." 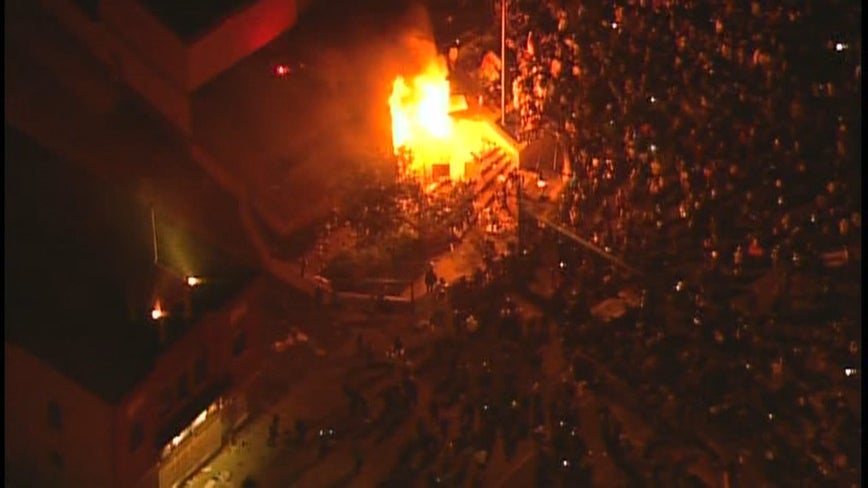