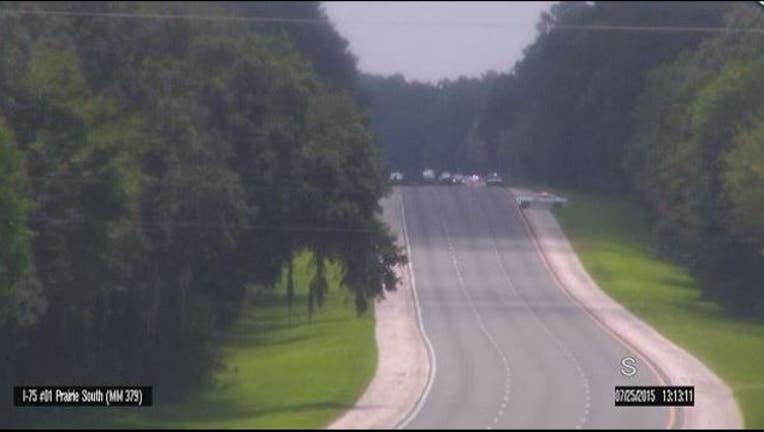 Authorities say the body of a man who fired at a state trooper has been found dead along a north Florida highway.

Interstate 75 near Micanopy was shut down in both directions for hours Saturday as authorities searched for the suspect.

Alachua County Sheriff Sadie Darnell tells The Gainesville Sun that the man exchanged gunfire with law enforcement officers who had been searching for him. She said it wasn't immediately clear whether the officers shot the suspect or if he shot himself.

The suspect's name was not immediately released. Authorities said his body was found about 200 yards east of the highway.

Sgt. Tracy Hisler-Pace of Florida Highway Patrol said the trooper who initially encountered the suspect was not injured.